‘The Million Masks of God’ 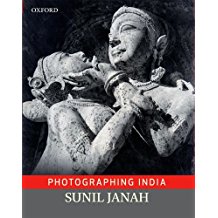 Sunil Janah’s Photographing India reminded me of Dziga Vertov’s Man With A Movie Camera. The photographer protagonist in the Russian avantgarde filmmaker’s iconic documentary is constantly on the move—shooting on the road; in the mines; at the dam; inside a factory; by the sea; in a park; or in a playground. Cranking his camera, he goes around tirelessly documenting the lives of Russia’s men and women, and the rhythm of its cities. Similarities between the film and Janah’s work just don’t end here. Ideologically, Vertov’s commitment to the Communist worldview made him focus on the vitality of the common man and the strength of the community in bringing about change. His engagement with technology and modern day work ethic was constructivist and progressive in approach.
Evoking a similar artistic ethic and politics, Janah’s meticulous documentation of his land and its people is infused with a sense of pride and confidence in the dignity of his country’s people and their potential to usher in transformation. However, there’s a huge departure from Vertov’s visual grammar and cinematic canvas. While Vertov focuses on towns and cities, Janah captures the vigour and charm of India’s vast countryside and diverse ethnicity. His photographs highlight the liveliness and fortitude of India’s villagers and tribals as much as they reflect the dynamism of its urban industrial centres and their politics.

Born in the same year as the famous photo journalist W. Eugene Smith, Sunil Janah was one of the pioneering photo journalists of India. Although Janah had published three books (The Second Creature, 1948; Dances of the Golden Hall, 1979; The Tribals of India, 1993) before, Photographing India is the culmination of a long due effort to bring together a representative selection of his work as a major book. Showcasing photographs taken between late 1930s to late 1970s, this is not just a book about a photographer’s life and work, but equally a chronicle of modern India in the making. Reviewing one of Janah’s earlier work on the rural and tribal women, The Second Creature (1948), Bengali author Anand Shankar Roy had once paid a glowing tribute to the photographer’s work as ‘the new Discovery of India’. Looking at the breadth and range of Photographing India, the work seems more deserving of the tribute.

The book is divided in two sections. The first one comprises the personal memoirs of the photographer in seven chapters. This one is largely a textual narrative with a smattering of personal photographs of his family, friends, colleagues and himself. Building up the context for his photographs, which ranges from the larger socio-political scenario to extremely personal accounts, the narration is largely anecdotal and vivid. Some of the memorable accounts include a detailed description of Janah’s bustling house on Rashbehari Avenue in Calcutta that had some twenty-six people being fed at a time! Others include an accidental portrait of a balding Nehru by an overawed, seventeen year old Janah; and later his meeting with Cartier Bresson in Paris where the legendary photographer promptly sat on a waste-paper bin to offer the only chair available to Janah!

Some of the lively flow of narrative is however broken by few lengthy asides on Communism and Capitalism. The seventh chapter where Janah describes the last phase of his life in the USA particularly comes across as didactic and tedious with a constant derision of American lifestyle, consumerist culture and futility of terrorism. However, for some, it might be refreshing to see that unlike several contemporary photographers who remain ‘artistically vague’ about their political stance, Janah is devoid of such pretence. He is not just forthright about his strong Communist beliefs but equally frank in his scathing criticism of capitalism. And while peppered with occasional frustration over government’s apathy and people’s brazen indifference to the issue of authorship in image-making, the narrative turns poignant describing the photographer’s attempt to deal with the metaphorical and physical darkness enveloping his life—the loss of his loved ones and his eyesight.

The second section, though not signposted as such, comprises close to 400 photographs arranged in broad categories with titles such as History, Land and its People, Portraits, Classical Dance, Architecture and Industries. Some of these categories are further divided. The section titled History has four sub-sections, namely: The Leaders; Famines; Riots & Refugees; and Movements. This section has some of Janah’s most widely circulated images that include candid portraits of Gandhi, Jinnah and Indira Gandhi apart from the photographer’s searing documentation of colonial India’s worst man-made disaster—the Bengal famine. None of the sections are overtly marked—the labelling continues throughout, quite inconspicuously on the margins of the pages. However, every visual section is introduced with a full page blow-up of a photograph that introduces the theme or event captured in the subsequent album.

Janah started as a Party member, working under the mentorship of P.C. Joshi who constantly egged him on to document the human condition and the ferment around him for the Party journal People’s War. It was in this paper that Janah got his first pictures of the Bengal famine published—an event that catapulted him and the human tragedy that he recorded to the national and international arena. The year was 1943 and India was still under colonial rule. The revolutionary spirit and the mood of resistance infected everyone. Janah chose to visually document the historical journey of a country hurtling to keep its tryst with destiny. As contemporary artist and photographer, Ram Rahman, curator of some of Janah’s international exhibitions, has so aptly described Janah’s work, ‘Unlike other photographers, Janah was an active political worker whose political work happened to be photography’.

Though the photographs of the Bengal famine remain some of his most discussed and exhibited photographs, what really arrested my gaze is a portrait of three men titled Steel Workers in the collection named ‘Industries’. In the eyes of these workers at the Tata Steel Plant in Jamshed-pur, there is a look so intense and ‘steely’ that, like the Barthean punctum, it pierces through you. ‘Industries’ includes Janah’s corporate assignments in upcoming industrial towns like Bhilai and Durgapur. It portrays the larger narrative of progress and development in a newly independent nation capturing ‘whatever was turning the wheels of (its) economy’(p. 42) . This particular photograph of steel workers and others similar to it keep the human cost and the humanistic face of this narrative alive.

Janah was an autodidact and started with a Kodak Box Brownie. Over the years he used a 35mm format Leica, TLR Rollieflex and a Linhof Technika, and picked up a Nikon only in the 1980s. While he learnt his craft working with and observing several photographers, he was never the one for producing ‘startling novelties’ in the dark room. His objective was to ‘make the best possible, conventional, silver-gelatin photographic prints’ (p. 84). Even though he collaborated with legends like Mary Bourke White (Life magazine’s photographer with whom he covered the famine and the pre-Partition riots), whose style he termed as monumental and architectural, Janah’s treatment of his subjects remained largely poetic and picturesque.

From photographing the ancient temples of Konark and Khajurao to the ‘new temples’ of Nehru’s India, there is much that Janah recorded to capture the vast milieu of a pre- and post-Independence India. However, his eternal favourite subject remained the faces of people—‘the million masks of God’ (p. 91). Therefore it looks incongruous to have the sculptures from Konark as the cover image of the book—almost as if someone has interpreted the phrase too literally! Also, for a book of this scale and scope, it will help to have an index of events, people, and places from Janah’s life and work. This will make the volume more navigable and the narrative flow between the textual and visual more fluid, facilitating easier reference.

Janah’s Photographing India may not be as technique-rich and full of visual wizardry as the work of some of the more contemporary chroniclers of India whose images we are more familiar with, yet it stands apart for its moving simplicity and disarming idealism. An invaluable addition to Indian photography, the real worth and significance of a work like this lurks somewhere between the photogenic and the historic.