The Many Worlds of Rabindrasangeet 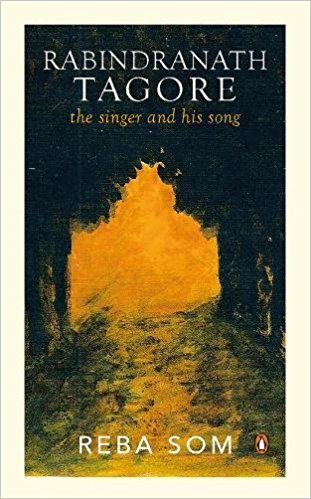 The Many Worlds of Rabindrasangeet
Pradip Kumar Datta
RABINDRANATH TAGORE: THE SINGER AND HIS SONG by Reba Som Viking/Penguin, 2010, 291 pp., 599
September 2010, volume 34, No 9

Reba Som’s book on Rabindrasangeet appears at an interesting, if not a decisive time, in the history of this musical genre. For many years now, Rabindrasangeet has provided a very modern sense of belonging to Bengalis. The ineffable but emotionally charged lyrics and the distinctive tunes with their stretched accents provoke a sense of being lost in Bengaliness, more appropriately, of experiencing collective identity as inwardness. This is true whether one is actually located in Bengal or elsewhere. Rabindrasangeet flowered as a musical genre especially from 1961, the poet’s birth centenary. It was a time when the transistor radio followed closely by major transformations in personal music reproduction technologies such as cassette, compact disc players and so on allowed Rabindrasangeet to become a constant companion, whether one was located in Bengal or in Euro-America. The ability to travel was the most obvious element of its modernity and this remains unaffected today.

There has however been a more fundamental development. Till now, the sense of belonging has been carefully defined by institutional means. It is the modern, state-regulated university with its copyright that has policed the ways in which Rabindrasangeet must be sung. This state of affairs continued till 2007. Now a new era has started with the expiry of the copyright. Rabindrasangeet has become open to new interpretations and renditions. The glasnost is such that even Bangla Band musicians—who once saw Rabindrasangeet as a cultural antagonist—now regard it as a revered source for their fresh, aggressive and unfamiliar treatment. Rabindransangeet, the institutionally supervised world of continuous affective belonging that could transport one out of history, is on the verge of becoming Rabindranather sangeet, that is, the music produced by a great composer whose iconic historical location is paradoxically underlined by its repeated insertions into new musical genres and interpretations.