The Man And His Logic 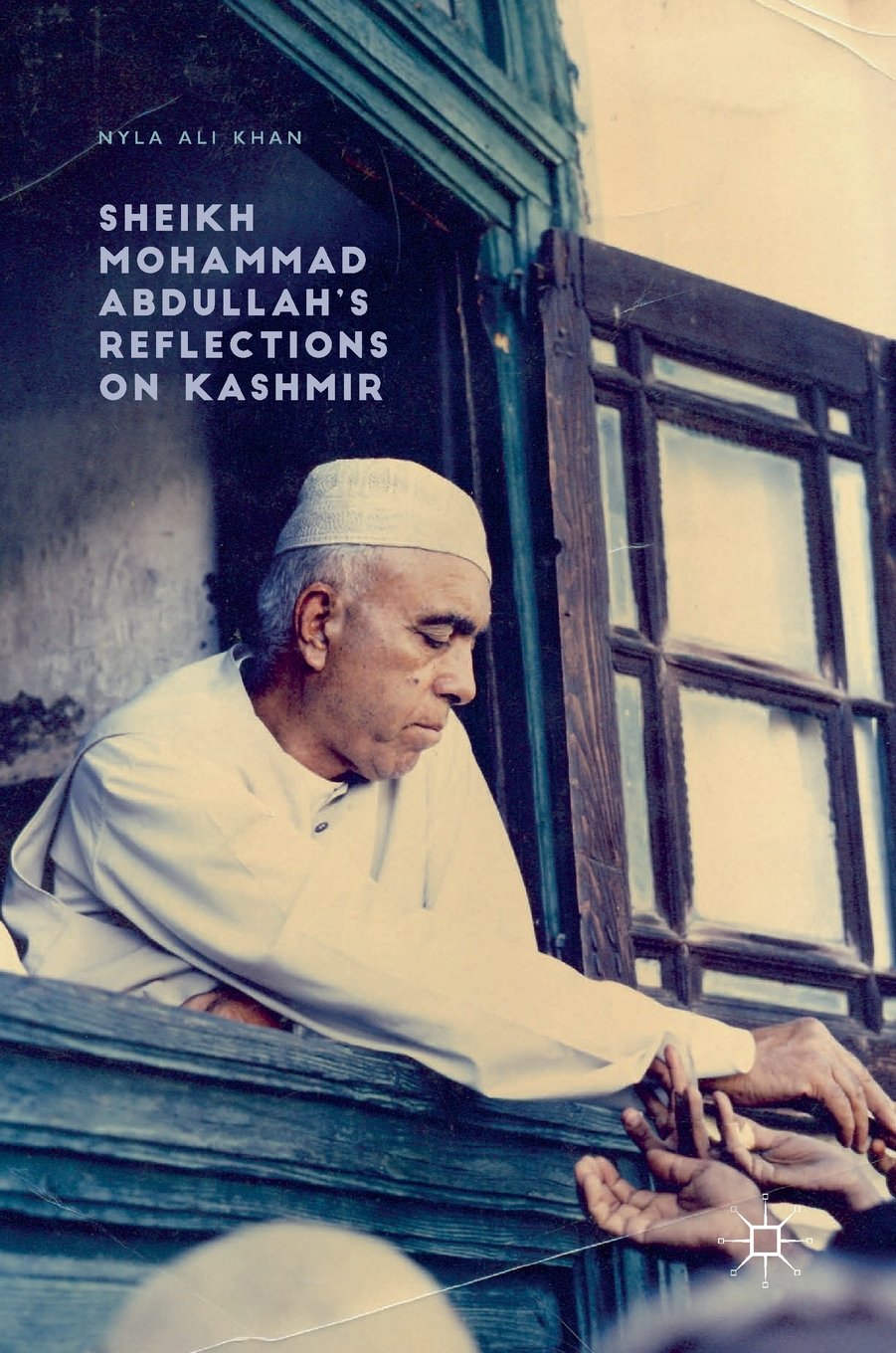 Nyla Ali Khan’s Sheikh Mohammad Abdullah’s Reflections on Kashmir seeks to restore the centrality of Sheikh Abdullah in Kashmiri identity politics. At a time when this politics has been sufficiently radicalized and gone much beyond his ideology and political values, the book seeks to portray him as the statesman who was much ahead of his time and had the ability to take bold decisions which were not particularly popular but were required as per the situation of the time.

The book taken as a whole is an interesting read because it not only presents us the ideas of Sheikh Abdullah—in the form of his letters, speeches and press conferences—but also gives us a clear peep into Khan’s own understanding of the situation as it exists in Kashmir at present. In a way, it can be seen as Khan’s intervention in the political discourse of Kashmir via the ideas of Sheikh Abdullah. She makes this intervention in the author’s note, preface, her commentary to images, her detailed introduction and finally in her concluding remarks. Throughout her narration, she weaves her earlier works with the present conditions; refers to the political impasse that Kashmir has been stuck in and compares the strategies being used at present with those used by Sheikh Abdullah. She views the present situation as a static one in which separatist politics is moving without any ideological goal and without any purposive content. She finds faults with the way religion and obscurantism have overtaken the movement; the way the transformative and reformist content have been passed over; and the way the youth has been involved without any hope for the future. The book reflects her frustration with the violence, purposelessness, and senselessness that the present-day politics has started representing.

While referring to the alienation of Kashmir in terms of militaristic and nationalist response of India and Pakistan and referring to the ‘distrust, paranoia, neurosis permeating’ the relationship of Kashmiris with the Union of India, Khan gives a very strong critique of the ongoing separatist politics of Kashmir. The focus of her attention remains the youth of Kashmir who are central to the protest politics and are full of anger and resentment. Understanding their hopelessness, she notes that this is a generation that has known only conflict, political turmoil, and politico-economic instability. It is in view of their situation of impasse that she invokes Sheikh and calls for ideological re-imagination and reinventing a politics that is meaningful and purposive. Referring to the need to shun rigidity, she points towards the capacity of Sheikh Abdullah to rise above his politics and opt for flexibility and accommodation when time so demanded. To enrich the content of the movement, she calls for revival of Sheikh’s politics. It is all very well, she notes, to raise slogans of self-determination, autonomy, and self-rule, but it is time to think beyond sloganeering about the kind of social and political fabric that is needed for younger generations. As she argues, ‘a political movement that pays insufficient attention to the emergence of peace, political liberty, socio-economic reconstruction, egalitarian democratization, good governance, and resuscitating democratic institutions ends up leaving irreparable destruction in its wake.’ The Kashmiri nationalism of Sheikh, she emphasizes again and again, was rather than being homogenized, the one that recognized the heterogeneity of the State and its people. That is why it was not constructed around a common language, religion, culture, and an ethnically pure majority. It is in the context of Khan’s response to the present-day Kashmiri identity politics that she would like us to read the documents compiled in the book. Though there is no clear explanation given by her as to why she has chosen these particular documents, one can see that the book is located in a particular time frame—the period before Sheikh Abdullah chose to enter into an accord with the Government of India, agreed to disband the Plebiscite Front and joined mainstream power politics. With the exception of a few documents (related to secularization of the Muslim Conference, the Quit Kashmir movement and the Standstill Agreement, a letter written by him to the UN after his arrest in 1953 and a speech that he was to make but could not due to his arrest), most of the documents are located in the 1968-1970 period. The common theme of these documents remains the resolution of the Kashmir question.