The Indian Economy and Its Constraints 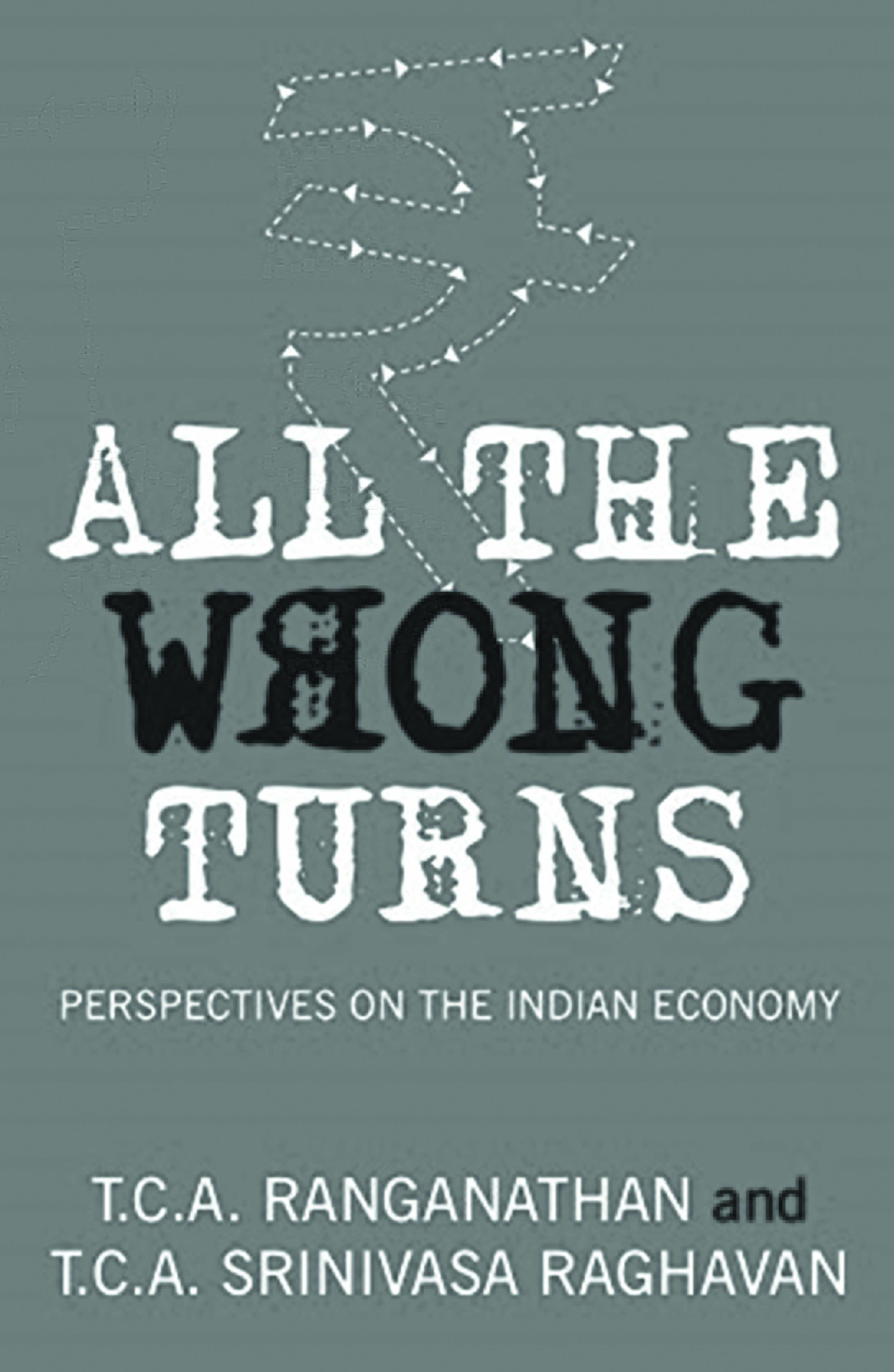 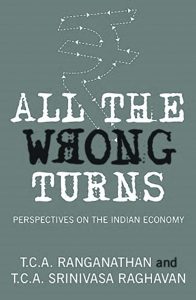 All the Wrong Turns: Perspectives on the Indian Economy by TCA Ranganathan and TCA Srinivasa Raghavan, two highly regarded and respected professionals, one a lifelong banker and the other an economic journalist, is a welcome addition to the growing commentary on recent Indian economic developments. It is comprehensive in its coverage and is formally structured as six essays/chapters. It goes beyond the economy in the last essay which covers institutions including the Parliament, the Civil Services, regulatory institutions like the RBI  and SEBI and the nature of the discipline of Economics itself. In that sense, the book goes beyond the Indian economy into much larger questions of Indian society.

Besides being comprehensive in what they cover, the essays are based on an enormous amount of data which have been well analysed and well presented. In the introduction, the authors say that they have attempted to answer three questions. The unstated fourth question is how to fix the problems identified in the essays. This review will proceed from this perspective, namely given all the wrong turns, does the book answer the question on what is the way forward for the Indian economy?

The book is journalistic in style and easy to read. In fact, in places it is even gossipy! For example, at page 314, it refers to the rumours regarding why Dr. Raghuram Rajan left the RBI in 2016. It then mentions that 5 out of 28 Governors of the RBI were made to go by the Government. Given the background of the authors and the fact that one of them has carried out in-depth research and written a detailed history of the RBI, the underlying fundamental issue of ‘regulatory design’ including questions on the inadequacies of the RBI Act, problems with the appointment process of Governor, etc., should have been a part of a discussion on ‘the institution of RBI’. These have been extensively studied by a number of expert committees. However, most of them are not discussed in the book, which is a pity. More on this will be said later while discussing the chapter on banking.

Going sequentially, the chapter on agriculture deals with terms of trade relating to agriculture, low productivity, water management issues, agricultural credit, etc. The chapter correctly states that ‘quick fixes and palliatives’ frequently announced by various fast-thinking members of the governing class will never be an appropriate substitute for a holistic solution. However, this chapter like all chapters focuses mostly on the ‘role of the state’ and goes on to make some recommendations on some aspects of this. For example, it talks about the changing seniority profile of government officials in field postings as compared with those in capital city postings as one of the problems. It also compares this development in India with the Chinese practice. The authors then conclude that agriculture suffers from basic lack of attention, presumably ‘attention from the government’. While this fact is not wrong, in the opinion of this reviewer, the more serious issues relating to the restrictions placed on agriculture by the various legislations relating to essential commodities, agricultural marketing, commodities futures, etc., needed greater attention and the role of markets in agriculture, which is discussed briefly, also needed greater discussion. The post-1991 experience of India is reason enough for the authors to ask the question why market-friendly policies that have worked well in other sectors are not relevant for agriculture. For example, in the 3-year period 2011-14, India recorded an average of $ 40.4 billion worth of agricultural exports. So, parts of commercial agriculture seem to be working. Doubtless making agricultural markets work and work well for the marginal and small farmers is not an easy task but the role of the state in enabling this is more important today than posting senior civil servants in the field. No country in the world has grown and developed without a quantum jump in agriculture productivity. This requires, besides government, a serious and well thought out role for deep liquid and well-regulated markets.