The Incense Stick Has Burnt Down 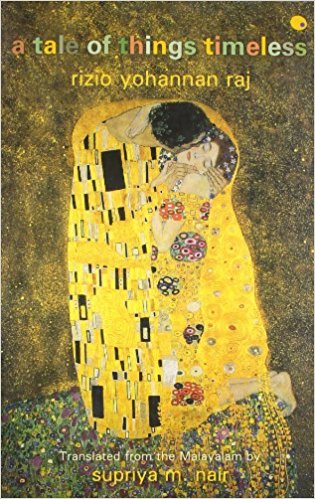 A Tale of Things Timeless is a tale of a life lived in pain and perishing. It does not begin from the beginning but from the end in an act of artful retrieval of a life lost in the process of living. As the novel aspires to represent a stark human condition, it emerges as a mediatory text in three distinct ways. First, it mediates between life and death in which death apparently seems to win; second, it projects the author as a mediator between her own self and the protagonist; and third, it foregrounds the author as a mediator between two texts: one, written originally in a given language and the other translated from that language into yet another.

The novel is a text of passionate engagement with the larger predicament of a person, otherwise called a protagonist. The tale is tragic and the telling too passionate, verging sometimes almost on the sentimental.

The epigraph from Job (38: 16-19) that executes the compelling images of the sea, death, and earth forms the basis for putting forth the ultimate question: ‘where is the way to the dwelling of light?’ The teller of the tale strives to seek an answer to this overwhelming question along with the protagonist who has already passed through ‘the springs of the sea’ and ‘the recesses of the deep’ and ‘the gates of death’ to enter ‘the dwelling of light’.

With all its predominant identifiers in terms of story, characters, conditions, imagery, and metaphoric representation, A Tale of Things Timeless may best be read as a philosophical novel. It is conceived in terms of Prithvi, Ap, Vayu, Tejas, and Akash. In mundane terms, it is the story of a little known writer and the extraordinariness of his ordinary existence. It is a novel of the identification of beings engaged with exploring the meaning of annihilation and survival. It seeks levels of affinity with one who is not alive in a physical form but stays back only in spirit. It is a novel of yearning, of deeper existential dilemmas suffered by the protagonist who is no more and shared by one who brings him back to life in essence. The larger text of the story grows out of a much smaller text of a suicide note. As such, this note is the nucleus of the story that could only be told with complete identification with the protagonist, as also with a clinical detachment from him. It is an act of writing a life, as much as it is an act of writing a text, and of obliterating the distinction between life and literature by drawing them closer to bear upon one another.

A Tale of Things Timeless raises interesting questions about writing as translation, translation as writing, and writing as writing. A bilingual fiction writer (Avisasom and Yatrikom) and poet (Eunuch and Naked by the Sabarmati and Other Guna Poems), Rizio Yohannan Raj has had a larger exposure to a variety of disciplines as a translator, academic, publishing professional, and journalist. Her two roles as a creative writer and a translator cannot be kept away from each other. The two join hands in the best possible way as it happens here with a little difference insofar as it is a collaborative re-working of her novel with her translator. ‘I rewrote the translation of my own work,’ she says in the P.S., ‘Done as faithfully as possible by a translator. Here I am an insider-outsider to translation and an outsider-insider to the original’ (not paginated). One imagines that it is the ‘urgency and relevance’ (PS, not paginated) of translation that propelled her to render it into English. This comes to the reader as a remarkable exercise in storytelling with a certain theoretical justification for its re-telling in another language. The interminable story of a small time writer Avinash Suvarna and his suicide note that shook the young journalist (or the author’s other), Laya Thomas may be read in terms of certain lines from her anthology of poems Naked by the Sabarmati and Other Guna Poems: ‘A certain esoteric charm,/Sanctifies every desertion…’ (‘The Legacy of the Fugitive’ 86). One wonders if this esoteric charm is that of Suvarna. In yet another set of lines, there might be a reference closer to him: ‘the incense stick has burnt down/in the hallway of corpses,//but decay has yet to set in.’ (‘Corpses’ 111). A Tale of Things Timeless is an engaging tale sensitively told; it holds the reader through the entire tale for its brilliant narration and imagery, the two, of the several other qualities that add strength to the telling of this interminable tale of living, perishing, and surviving.