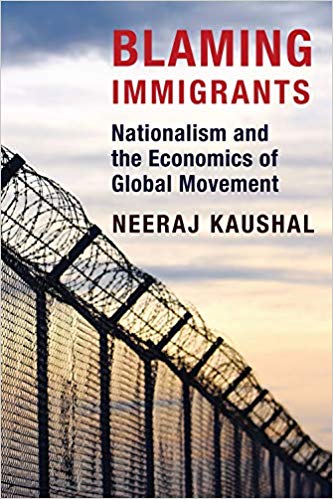 Immigration has been a sensitive issue in national politics in the western hemisphere for the last 25 years. Its ascent as an issue to be discussed, debated and voted upon has been an outcome of the process of globalization. However, within the last ten years, particularly after the failed Arab Spring of 2011, it has become a hot topic in Europe as well as in the United States. In this period, the entire immigration debate also gave a shot in the arm to the Right Wing parties in Europe and saw Donald Trump being elected primarily on the anti-immigrant agenda with a promise to build a wall that is supposed to work as a panacea on the problem of imagined or real immigration flows from Mexico. These are also the times when exactly the same sentiment has fuelled Brexit which is as yet incomplete, messy and creating more problems than it claims to be able to resolve. In India itself, the National Register of Citizens (NRC) has caused massive upheaval in the lives of millions of people in the Eastern province of Assam. There are also calls to do a national run of the NRC which would have massive and unimaginable social and political consequences.

In Blaming Immigrants Nationalism and the Economics of Global Movement, Neeraj Kaushal takes on and breaks down many of the myths that have fuelled such strong anti-immigrant sentiment in the West. Neeraj Kaushal is Professor of Social Policy at Columbia University, School of Social Work, and has done extensive work on this area. The author aims to answer two significant questions on this issue: is immigration really responsible for all the problems that it is blamed for? And consequently, will restricting or better regulating immigration be able to help solve these problems? The author also argues how the refugee problem that is transient is often confused with immigration which is actually a more natural and constructive phenomenon. Also useful to recall here is another book on the subject, India Moving by Chinmay Tumbe of IIM, Ahmedabad, which looks at immigration from India over the last millennia. While the book by Chinmay Tumbe is a combination of storytelling, anecdotes and trivia from history, Neeraj Kaushal’s book deals with the here and now on the basis of facts and data to break down myths and stereotypes surrounding the politics of anti-immigration.

The book is divided into nine chapters and each of these goes into detail as far as the immigration debate is concerned. The introduction of this book looks at whether immigration today is really that much higher than anytime in the past and whether a large share of immigration today is actually illegal. On both counts the author’s answer is a resounding no.