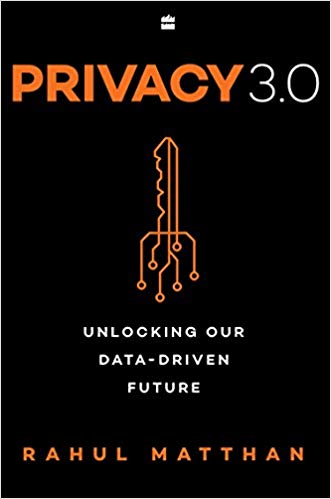 This seminal book begins by pointing out that ancient societies did not formally acknowledge the concept of privacy. The idea of privacy evolved as human civilization progressed and individual rights became important. Gradually as time passed and cultures grew in complexity, privacy became an integral part of our moral system and legal systems evolved to protect such privacy. This book provides a fascinating history of privacy law and the intrusive role of technology in conflict with individual privacy. Matthan at once wears the hat of a historian, an anthropologist and a philosopher and postulates that privacy is an idea both created and endangered by the advent of technology.

On the Indian Constitution, Rahul Matthan informs the reader that some of the authors of the Constitution like BR Ambedkar clearly favoured a guaranteed right to privacy. However, this was voted down by various vocal sceptics who thought that privacy as a right would unnecessarily shackle law enforcement agencies in a newly formed state. BN Rau, an important architect of the Indian Constitution viewed the right as a challenge to the administration of justice, placing undue burden on prosecuting officers. Starting with these arguments, the exclusion of the right to individual freedom has played a major role in the interpretation of right to privacy in Indian jurisprudence.

The book is divided into three clear sections, Privacy 1.0, 2.0, and 3.0. They reflect the phases in the evolution of the idea and the laws on privacy. 1.0 deals with the importance of the rise of private spaces and individual thought, navigating through the anthropological roots of the concept of privacy, whereas 2.0 discusses how the advent of technology in the form of the printing press and the camera invaded private spaces and thoughts. This was the initial trigger that paved the way for the creation of a legal framework on privacy and consent. The author explains the impact of jurisprudence of privacy in England and the United States of America to law making in India.