The Idea and the Image 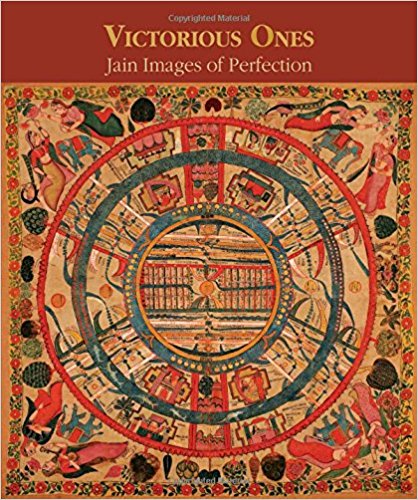 The Idea and the Image
Parul Pandya Dhar
VICTORIOUS ONES: JAIN IMAGES OF PERFECTION by Phyllis Granoff Rubin Museum of Art, New York, in association with Mapin Publishing, 2010, 308 pp., 3500
August 2010, volume 34, No 8

This catalogue centres on the idea and image of the Jina or Tirthankara and was published to complement an exhibition recently held at the Rubin Museum of Art in New York. The art objects include serene, solid, and stark images of Jinas that are a perfect foil for the rich palette of painted Jain cosmographs, illustrated manuscript folios, and sacred diagrams—also part of the catalogue and the exhibition. Together, these represent ideas central to Jainism, the lives and teachings of the Tirthankaras, and the spaces sanctified by their presence in this world and worlds remote. A detailed description of the selected objects is preceded by a generous serving of essays contributed by experts in the field. The first essay by Paul Dundas gives a lucid account of the lives of the Tirthankaras. Embodiments of purity, restraint, and moral perfection, these Tirthankaras renounced worldly possessions and passions, practised severe austerities, attained omniscience, established the Jain tirtha, preached, and attained liberation to become Jinas—the ‘victorious ones’ or the ‘conquerors’.

While tracing the textual history of the twenty-four Tirthankaras as given in the Avashyaka and Kalpa Sutras, Dundas dwells briefly on the debate surrounding their historicity and states that truly compelling evidence exists only for the last two, Parshva and Mahavira. However, it is their legendary biographies or the ‘universal histories’ produced by many writers over several centuries (p. 23) and their artistic representations in the Kalpasutra paintings that understandably receive greater attention here. Biographies of the Tirthankaras began to emerge from an early date and were crystallized around the sixth century in the commentaries of the Shvetambara teacher Haribhadra. Although texts such as the Trishashti-shalaka-purusha-charita by Hemachandra (c. 12th century) of the Shvetambara sect do mention the previous lives and rebirths of Tirthankaras, such references are limited in extent when compared with the Buddhist jatakas or birth stories. It is the final life prior to becoming a Jina that the Jain tradition of narrative and artistic representation is more concerned with.