The Emergence of An Uncanny Genre 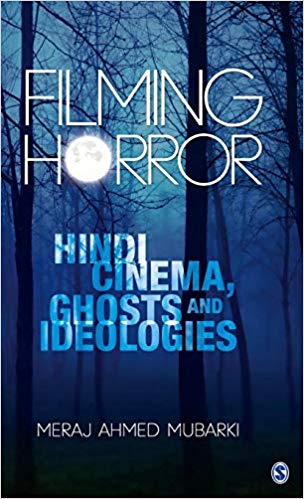 The Central Board of Film Certification, popularly known as the Censor Board, requires the members of examining/revising committee to satisfy themselves that ‘pointless or avoidable scenes of violence, cruelty and horror are not shown’ in a film. Arguably, this official undesirability of horror in Indian cinema was complemented by the notoriety of the horror films and their status as ‘not quite cinema’.

The ‘undesirability’ was perceived not just in the aesthetics of the cinematic text of horror films but also in the production values of the films and their cultural economy. Like the soft-porn films, horror films used to mostly run in shabby theatres in the seedy morning show slots. Indeed, some of the horror films contained within them soft-porn elements. They were box-office hits in the mofussil towns but no self-respecting film buff or film critic would be seen discussing these films as forming a genre. For long they could not earn a mention in the auteur studies too even though the handful of film-makers engaged in making these films were quite prolific.

This lack of recognition could possibly have been due to the common use of the criterion of ‘realistic depiction of subjects’ by both genre and auteur studies to laud or criticize films as high or low art. Horror films, with their depiction of the wholly unreal, ran into the problem of respectability with both film critics and theorists. As these films affected horror in the audience, their reputation and aesthetics produced an aversion among the critics and scholars too.