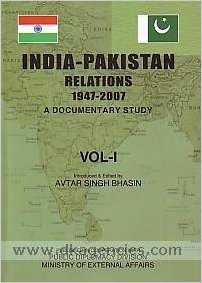 ‘We will either have a divided India or a destroyed India’ were M.A. Jinnah’s words announcing 16 August 1946 as Direct Action Day.

The division, described as a ‘parting kick’ of the British by the then Minister of Communications of Pakistan, Abdur Rab Nishtar, took place a year later. Whatever the revisionist historiographers might say about Jinnah’s intent regarding Partition, he ended up presiding over Pakistan—‘maimed, mutilated and moth-eaten’—created as a consequence of the division of India.

The destruction part still seems to remain an objective, at least in the minds and actions of some sections in Pakistan.