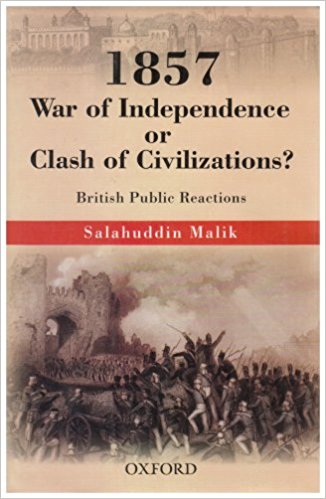 In this study Salahuddin Malik looks at the 1857 Revolt as viewed from Britain, helping us to make sense of the bewildering variety of perspectives discernible in the flood of contemporary books, pamphlets, sermons, newspaper reports and articles about the Revolt published in the metropolis. The immense output of published material on the Revolt during the latter half of the nineteenth century, exclusively from the standpoint of the conqueror, ensured the ascendancy of the colonial version. On the other hand, till as late as the beginning of the twentieth century there was virtually nothing in the public domain from the point of view of the subjugated. There was a prolonged silence on the Indian side for at least six decades, which allowed colonial historiography of the Revolt to become virtually hegemonic, so that even S.N. Sen’s Eighteen Fifty-seven, which was a conscious attempt to present a nationalist narrative of the Revolt under the aegis of the independent Indian state, was not entirely free from the influence of colonial historiography as seen in Sen’s uncritical use of many British sources.

From Malik’s exhaustive bibliography of contemporary published sources, running into over fifteen pages, it is obvious that the printing of tracts on the uprising had become something of an industry in Britain—the bulk of the tracts listed by him were published between 1857, when the Revolt began, and 1859 when it was finally suppressed. Malik’s inventory has an entire section on ‘Sermons on the Indian Mutiny’ published as independent pamphlets, which formed a ‘distinct body of opinion on the revolt in India’ and played an important role in shaping the public discourse on the subject.

Malik sorts the diverse views on the Revolt by classifying them with labels that are broadly familiar to us from debates on the nature and character of the Revolt: military mutiny; ‘national’ revolution; popular uprising; Muslim conspiracy. There were numerous variants and subtle differences within these broad themes. The strength of the work lies in its close scrutiny of the finer points on which one view differed from the other so that we can see how minutely opinion-makers in Britain dissected the causes and course of the Revolt as well as the effects of British rule in India, though not necessarily drawing the appropriate conclusions. Hardly any section of British public opinion, barring the more radical Chartists such as Ernest Jones, argued for putting an end to British colonial domination.