The Cult of Vitthal: A Confluence and a Synthesis 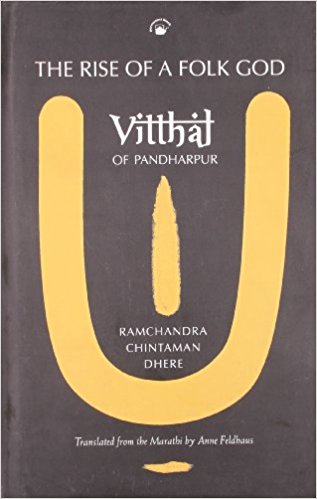 The Cult of Vitthal: A Confluence and a Synthesis
Rohini Mokashi Punekar
THE RISE OF A FOLK GOD: VITTHAL OF PANDHARPUR by Ramchandra Chintaman Dhere Permanent Black, 2012, 350 pp., 795
December 2012, volume 36, No 12

She has also added words and phrases in several places to aid the non-Marathi reader. This English version contains notes that explain basic ideas which Dhere does not need to explain to his Marathi readers, but which are necessary for readers of the translated text. The result is an analysis of religion in English translation made from a perspective which is culturally rooted in the Deccan region and which is methodologic-ally and intellectually non-western.