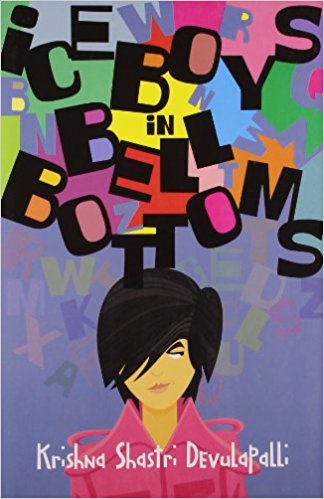 This is a hilarious coming of age story set in Madras of the 1970s. The author obviously belongs to an illustrious family—and is an illustrator, cartoonist, graphic designer and writer, all of which you can see the protagonist of the book Gopi has the potential for becoming later in life. Gopi’s family is everything you could ask for as a reader—a wonderful fun-giving version of the typical, and typically, dysfunctional family. Its head is a famous poet-lyricist grandfather CG (the short form for Cloud Garland, the English translation of the Telugu Meghamala, the first part of the grandfather’s name). CG has a hole in his throat and no voice—the effect of the operation that was done to save him from throat cancer. Gopi’s father Baloo is a famous cartoonist, the Brahma of Telugu comics, but one who has never been to school since CG was obsessed with his son and took him wherever he went. The grandmother whose existence revolves around her husband and a liking for food, and a mother with a severe sartorial challenge and a devilish interest in her mother-in-law’s discomfiture and serious differences with her husband, are two other members of the family. As are Lalli, Gopi’s elder sister, and Kavi, the younger one. As the book begins, this family is on its way to Madras (now Chennai) in order that CG be near the studios for whom he writes prolifically.