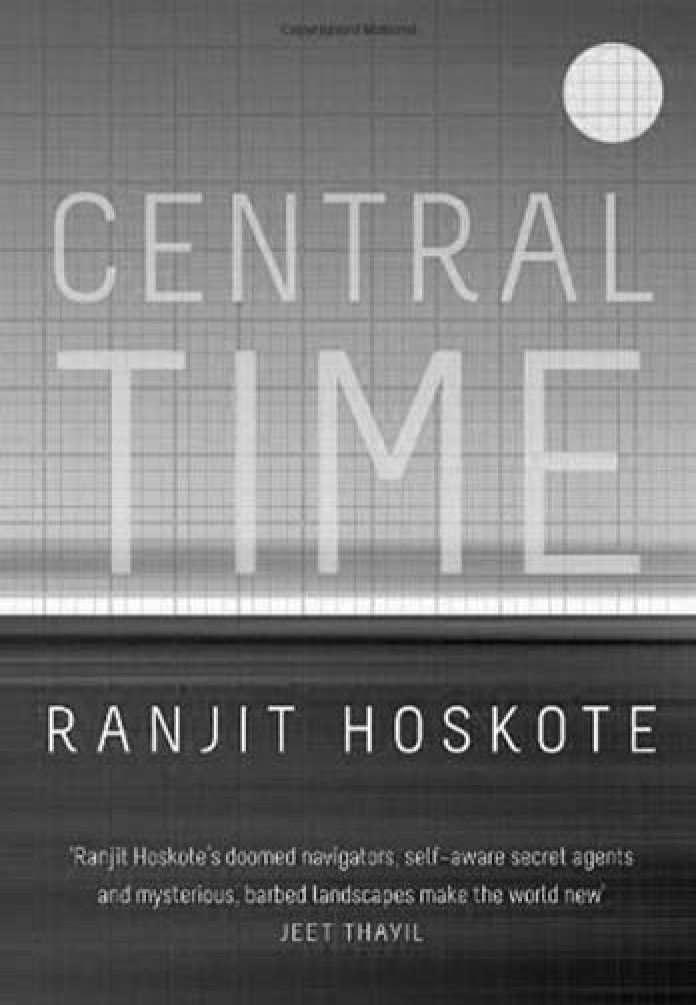 The skilled restorer of porcelain will collect not only the visible chips of a broken pot but also the dust
on the table where it rested,’ is a statement made by sociologist Richard Sennett and serves as the epigraph of the poems in the present volume. It proclaims the microscopic and macroscopic range of Hoskote’s compositions.

In spite of all the breakages and ravages inflicted on objects by the passage of time, the statement also asserts the conspicuous continuity of time, of the synchronicity of past, present and future,
or as T.S. Eliot would put it, albeit less definitively: ‘Time present and time past/ Are both perhaps present in time future/ And time future contained in time past’.

All people and things are caught up in—without their realizing it—the contending pulls of fixities and continuities which result in the production of illusions, a situation well explained by the example of ‘zoetrope’, a word which has been utilized as the banner under which the first twenty poems of the book have been grouped. In the very first poem ‘Platform Directions’, Hoskote skilfully shows movement and
stasis, fluid and arrested time to be coexistent:

…you come in from the sun, wristwatch stopped,
looking for shade under cool timetables.

Start by walking around. Stare at a pyramid
you cannot enter….

Or test the runway laid out for a plane
that could never take off….

You can take your time at this station.
No train stops here, no train ever leaves.

To be able to ‘solve the riddles this train station poses’ implies a solution to the conundrums of real life. However, the concept of unrolling time as a process which is smooth and free of grief is negated by the poet who in the poem ‘Coda’ describes it as an irreversible and irredeemable movement:
The door’s frozen
Like a stag in the glare of a headlight.

You won’t find me here again:
The phone will ring in an empty room….

Sometimes, I mourn
For the child I used to be.

In one of the poems the poetic speaker recognizes one gargoyle at Notre Dame to be his ‘mimic’ and his ‘twin’. This is regardless of the fact that the gargoyle is ‘as old as the cathedral, and hewn in stone.’ The physical features of the poetic speaker and the gargoyle at one particular point of time are depicted as unnervingly similar; indeed, an affinity or commonality between the poet as a human being and the gargoyle as a material object is so established in the poem that the two become indistinguishable:
Staggering up the steep, tight-wound steps,
you swallow the sky in a wide breath,
panting, tongue out like dog’s.
Chin in palm, you hunch over the parapet,
look down, and find him at your elbow,
panting, chin in palm, tongue out like a dog’s,
hunched over the parapet, looking down
at the spiralling distance you have come.

Elsewhere in the book Hoskote remarks that we ‘go on being gargoyles while keeping our faith alive.’ The propensity to conflate incongruent things and ideas, to meta-phorize, symbolize and allegorize runs its full course in the book. ‘We are nothing but water/…my love is as real/ as tonight’s rain.’ Again, in ‘The Burden of History’,
A bird sits on a branch
of the furry tree:
a bird as big as India….

It’s crouched inside
the amber paperweight
on my desk:

The paperweight on the desk serving as the cage for the bird is in turn depicted to be as big as the nation of India. This challenges our preformed notions of spatial dimensions and nudges us to think of this particular poetic work as a political allegory. And still, there can be no real comparison between animate and inanimate objects, between tangible and intangible things, between cognizant and unconscious selves, between concrete concepts and abstractions, or for that matter between mortal and peripatetic human beings and the seemingly time-defying and immobile gargoyle:
He [the gargoyle] will cross the bridge of the seasons alone,
laughing, sobbing, constant at his post,
too strong for the pilgrim chain-gangs
that strain and push to get past him:

The fluidity of time is driven home poem after poem. ‘To the Sanskrit Poets’ is about the poet’s kinship with and his indebtedness to the past poets. Although situated in distant times and using different languages for creative expression, the connection between Hoskote and his poetic ancestors is not broken. They are united by the human urge to represent life in imaginative writing and to either encrypt life’s experiences or to decipher its meanings: ‘Leave us these threads to unravel, embroider…./ Leave us the jigsaw of previous lives.’ The book is divided into five sections and each section contains twenty poems. This neat ordering is said to have been inspired by the shataka form found in the works of ancient Sanskrit poets. This is not where Hoskote’s fascination with the past begins or ends. He makes good use of myths in his poems as an effective connector of the past and the present, as a reconciler of the poetic subject’s varied modes or media of gathering knowledge and experience. In ‘Giant Malabar Squirrel’ Hoskote notices the rodent’s back ‘to be unblessed by the triple stripe/ of Rama’s grateful fingers’. Here we view history as a living, non-intimidating, and unavoidable presence:
Behind his bristling tail the stupa rose
chalk-white, ripe in the centre of our eyes,
blinding at noon.

Hoskote’s involvement with Indian art as one of its curators and his being a connoisseur of the visual arts in general explain the impact of painting and sculpture on his poetry. A host of classical and contemporary visual artists such as J.M.W. Turner, Bhupen Khakhar, Joseph Beuys, Lucio Fontana, Constantin Brancusi, Kamal al-din Bihzad, Peter Weibel, Camille Claudel, Dilip Ranade, Ranbir Kaleka, Atul Dodiya, and Mehlli Gobhai jostle for space and attention in the collection. The obsessive regard for perspective, and the urge to depict the play of light and colour in words in these poems are most certainly stimulated by Hoskote’s deep interest in painting. Consider this fragment from ‘Nazm’:
Clouds darken the windows, the lamps are lit.
You carry the incense from room to room.
I flare briefly, then go out,
A lamp you lit and forgot to trim.

So remarkable is it for its precision, tightness, elegance (sans ornamentation), and evocativeness that one will find it hard to believe that it was originally composed in English and is not an adroit translation from the work of some modern Urdu poet like Nida Fazli or Saleem Kausar.
It is not very common to come across a poem written around a missed lunch appointment. In ‘Lunch at Britannia’, we are told of Hoskote and Naresh Fernandes having arranged to meet for lunch at Café Britannia. The poet turns up late and the journalist has by then left after waiting, presumably after eating his share of berry pulao! Hoskote also shows courage when he sardonically castigates the shams that we as a society are prone to performing: ‘The saint maintains his piety through the graphic imagination of other people’s vices. We thank him for it.’ The amorous and erotic aspect of human existence too is not left out. A love-crazed couple is variously and magically referred to as ‘sharers of skin’, ‘dreamers of one another’s landscapes’, ‘thieves of one another’s thoughts’, ‘rivals for destiny’s attention’, ‘convicts serving time in the prison of one another’s arms’. But it is the last couple of lines that deliver a matchless punch:
Savage antagonists marooned
on a planet no wider than a bed.

It takes years, or even ages, for a single poetic utterance to be perceived and have its effect. I get the impression that Hoskote’s book conforms to the tone, form and content of T.S. Eliot’s Four Quartets, more specifically to ‘Burnt Norton’. Compare ‘…the ephemeral moment, / which will die only by its own hand / at a time of its own choosing’ (Hoskote) with ‘only through time time is conquered’ (Eliot). Also, Hoskote’s ‘central time’ roughly corresponds to Eliot’s concept of the ‘still point’ When Four Quartets was first published uncharitable critics had cavalierly dismissed it as ‘spectacular verse of erudite gibberish’. While reading Central Time I too was tempted to use the same phrase to express my emotions towards certain poems.
Hoskote’s poetry has the streams of history; culture, politics, and contemporary life merge in it. His canvas is no doubt vast, but it is also slightly overloaded. Some of the themes, concerns and influences traceable in his previously published books are reflected in Central Time too. Reading through the book has been a journey of discovery, struggle and despair for me, for I have enjoyed and suffered it in equal measure.

Amitendu Bhattacharya is Assistant Professor of English in the Department of Humanities and Social Sciences at BITS Pilani—K.K. Birla Goa Campus, where he teaches courses on the History of English Literature, Comparative Indian Literature, Creative Writing, Reporting and Writing for the Media, and Technical Communication.