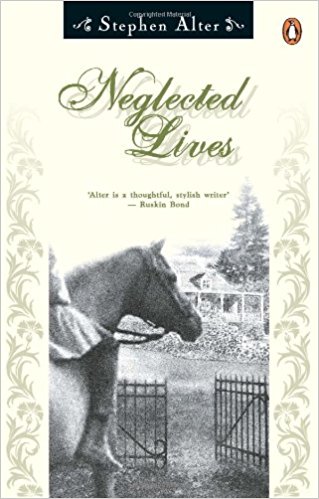 Thirty years ago Stephen Alter chose a name – Debrakot, for a hill station in which he depicted the lives of a bunch of people from the Anglo-Indian community. Alter has drawn stories out of their fantasies and fears, hopes and aspirations in the Indo-nostalgic style that is found in his writings. Brought up as a Third Culture Kid in Landour, a hill station in the Himalayas, Alter allows us to peek into the lives of those whom we have barely given a thought, so that we find ourselves exploring a series of clashes between – the Indians and the Anglo-Indians, the British and the Anglo-Indians, the elderly and the young, city dwellers and the people of the peaceful hill stations. The book is divided into seven chapters – each a narrative by a different character, so that the entire book comes across as a collection of individual short stories, yet interconnected through their search for their identity. Even though “Fascination,” “Farleigh” and “Violation” is Lionel, the protagonist’s narrative, we still find different stories in all three.

“Fascination,” the first chapter, opens with Lionel’s entry into Debrakot as a result of an affair gone bad with a Hindu girl in Lucknow. He is to take over his father’s closest friend Brigadier Augden’s apple orchard. As we are taken through the lives of the small, but close knit community of Anglo-Indians, we stumble over many secrets of the Debrakotians. In “Fascination,” Debrakot becomes a beautiful hill station, secluded and forbidden from the noisy tourist from the plains. The place is at once mysterious and awe inspiring, “the hugeness of the mountains dwarfing” Lionel, while the forest felt “secure.” As the narrative proceeds to dwell on Lionel’s affair, we become aware of the generational conflict inside the Anglo-Indian community. Through Sujeeta, Lionel, a second generation Anglo-Indian has embraced the culture of a post-independent India, while his parents, the older generation have sent him off to a place where he can mingle only with his own community. “Farleigh” marks the crossover of Lionel’s character to becoming a hard core Debrakotian. He finds the old people clutching onto him like the leeches Farleigh fed, old people who see their own turn coming with each funeral. Lionel resents death. “I’m not dying,” he cries out.

Later, in “Hotel London,” after spending two years in Debrakot, Lionel is also set in the mould of the lonely beauty of the place, mistaken for a ghost by the obese Salim Ahmed. We find Lionel resenting the change the motor road promises to bring. He is subdued and sans hope, his freshness dispersed. Ironically, this is the only narrative by an Indian. With the change in scene from Debrakot to Delhi, we are introduced to a fresh group of young Indians. It is interesting that the narrative doesn’t betray any difference in perspective of Salim and Lionel, regarding each other.

Nat’s perspective in “Peacock,” is the female perspective of an Anglo-Indian. She misses her youth and beauty and resents Lionel’s. Her fight with her own infertility from an early age creates an insecure, cruel woman, who hates and needs men at the same time. Her inability to get pregnant renders her incapable of taking advantage of men.

In ‘Palm and Pine’, a young Augden escapes to Cairo from the country he hates, where the Brits young Anglo-Indian officers ‘upstarts’ and Indians call them ‘snobs’. However, even wearing a British uniform and feigning to be British in Cairo doesn’t obliterate the identity he is hiding from. After settling down in Debrakot, the war inside him still goes on, but Debrakot’s protection ensures him.

‘Violation’ is the realization of the old Brigadier Augden that the next generation has taken over, and brought in newness to Debrakot. That his old ways of “hunt” which is a ‘ritual’ will not be repeated by the young. The childless Brigadier crosses over the wall of sanity when he realizes that Lionel is not his son, his seed had not been planted. He sees Lionel’s uncertainties as cowardly and feminine as opposed to his own wild, tough masculinity. He tries to shoot Lionel, imagining him as the enemy. Lionel, angry, frightened and confused, hides in the forest, the way he used to hide from his parents in his childhood, who were “always the enemy, the alert or sleeping guards, ready to pounce on you at any moment. ” This is the clash between the younger and the older generation, both perceiving each other as a threat to each other. As Lionel says, “It was always Tony and I against our parents. We were a pair of conspirators, plotting our escape from the garden world.” Lionel is the threat to the “sterile dying world” of Debrakot, where the Brigadier had been waiting for a son. But when Lionel came, he felt violated.

‘Fascination’ and ‘The Motor Road’,- the first and the last chapter, both open with a letter from a Debrakotian to a city dweller, coming to stay in Debrakot for the first time. However, in Brigadier Augden’s letter to Lionel, Debrakot is set apart from all the other hill stations because of its lack of a motor road, a fact that the Brigadier likes. In the last letter though, Lionel has reluctantly accepted the motor road, but still wants to ‘sometimes ride down the old walking path.’

Navanwita Bora is a freelance creative writer based in Bangalore.