That Which Is Well Said 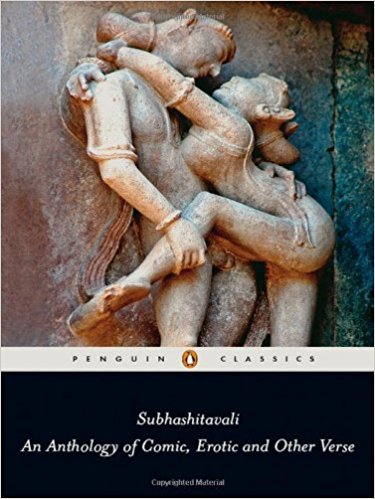 The lotus grows in water but blossoms with the sun the poet simply writes the poem, good people make it known. Bhadanta Ravigupta

Subhashitanis are a well known part of Sanskrit literature. Haksar loosely translates subhashitas as ‘well said’. Or as it is said vachanam sarbhootam yat tat subhashitam uchyate … or the meaning or mood of which is complete in itself is a subhashita.

Therefore it is that a single subhashita can excite the imagination for hours, can tell an interesting story, can teach a lesson in an eloquent manner and so on. No wonder then, that compilation or collection of subhashitas seems to have been an interesting exercise undertaken across the country. Among them are Hala’s Vajjalagam and Bhartrihari’s satakas not to mention Subhashita Ratnakosha, and others. Subhastivali, a lesser known compilation, belongs to this genre. It has been compiled by Vallabhadeva, a poet from Kashmir, (the translator gives evidence to say he has been mentioned as kashmiraka in some other texts). Subhashitavali is a fifteenth century compilation and it brings within it subhashitas from over 1500 years preceding the time of its compilaton.