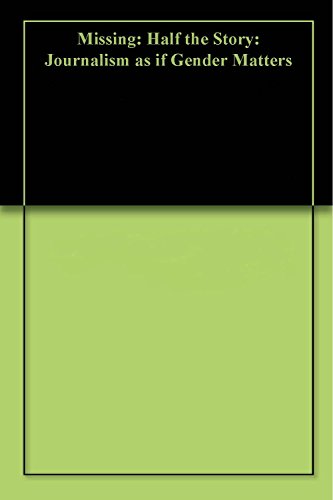 The final chapter of this book opens with perhaps the most persuasive argument for the volume. Journalist Ammu Joseph scans the pages of the Bangalore press on February 16, 2006, and finds the patterns and trends of representation of women in the papers more or less conform to the findings of a major new international study. The study, called the Global Media Monitoring Project (GMMP 05), analysed 13,000 media stories across 76 countries, including India, exactly a year earlier, on February 15, 2005. It found, as Joseph reports, that women continue to be markedly under-represented in the news, comprising only 21% of the news subjects across the world. In other words, while women constitute over half the worlds population, they make up less than a quarter of the people featured in the news. This finding alone sufficiently answers the question raised at the outset in the introduction by Kalpana Sharma: Why are we suggesting that there is a slant that is needed, that would not make journalists more biased than they already are but that would perhaps make them more balanced and would help them to tell that part of the story that they otherwise overlook?

Aimed to make journalists identify this untold story, and help them tell it, the book sets out on an ambitious agenda. It must successfully demonstrate to journalists, both the need to include the missing angle of gender, and show a diverse set of ways in which this can be done. This is a challenge, since the book must take on board the medias enduring scepticism of a gender based approachbest exemplified in the rebuke made by one participant to another who questioned the scant coverage of womens concerns in a media conference probing the aftermath of the tsunami in 2006. This participant was asked to shed her womens ghetto mentality, since during disasters people died, not just women.