Tales Fraught With Blood And Gore 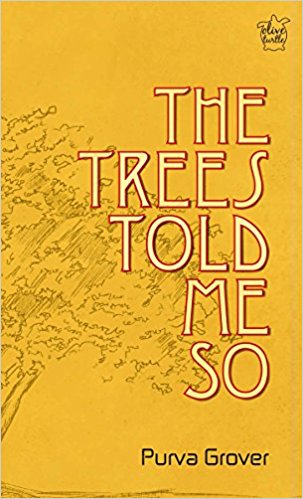 One Rotten Apple and Other Stories by Vandana Kumari Jena, author of Dance of Death and The Incubation Chamber, is an anthology of twenty-six stories which adroitly weaves a tapestry of life’s reality by shedding light on a gamut of human emotions, the psychological upheavals of the characters and some seriously menacing social scourges. In her opening story, ‘Blood Ties’, Jena deals with the theme of adultery and does not pillory it in the dock of morality. The futility of war and terror is certainly a case to lament over, the echoes of which reverberate in tales like ‘Initiation Rites’, ‘The Choice’ and ‘The unforgiven’.
In a world of radical terrorism and religious conflicts the issue is universally appealing to all the communities which have borne this savagery. Aftab in ‘Initiation Rites’ is an iconoclastic figure, the representative of some misguided youth who fall prey to the diabolical design of the terror outfits and wreak havoc by snuffing out innocent lives. His words, the ‘Mission Accomplished’ after blowing off a train expose the underbelly of our terror- afflicted society. This idea of insurgency is carried forward in another story ‘The Choice’ which leaves the terror attack survivor Charu scarred for life.

The brutalities of Hindu-Muslim riots and rapes are agonizingly delineated in ‘The Saviour’ and ‘Cry, My Beloved Child’. The acerbic tongue of the author is indeed unsparing in taking potshots against the gory crime of rape but she redeems ‘The Saviour’ with grace by proffering a humane idea that every saffron-clad Swami is not a hard-core fanatic. The irresistible atheist Kabir is another antithesis of those bigots who tarnish the very image of religion by spilling blood in its name. The tale ‘One Rotten Apple’ shatters Mannan Aluwalia whose schizophrenic wife drowns her two children to death but the unconditional love of Mita for the bereaved father is quite sublime.

Although the world of Jena is fraught with blood, gore and heartrending killings where a hapless mother puts an end to the life of her physically deformed infant, a cuckold husband smothers his infidel wife to death and a rash driver feels no qualms of conscience after mauling down the three homeless folks sleeping by the roadside, yet her realistic handling of the ‘Horror’ does not disgust the reader. Her ‘Air Ticket’ draws sympathy for the betrayed husband who has been only used as a visa to land on US soil by his newly-wed bride to be united with her paramour there, but has moments of humour . Irony permeates ‘The Atonement’ that raises its ‘invidious figure’ against the macabre crime of female foeticide. If we scan the structure of her stories, most of them have really engaging narratives that race towards their well-built finale.

The Tress Told Me So is a maiden anthology of twelve stories by Poorva Grover. The Dubai based author, has a well-established career in journalism. She has now made her foray into fiction writing with this book. In all her tales ‘Tree’ remains a leitmotif and emerges as a ubiquitous character who is in constant commune with the other characters. Tree with its towering presence in every tale dons symbolic overtones. Sometimes it closely watches the children swinging with its flexible branches and growing under its shady leaves. Other times it becomes a witness to the gut-wrenching acts of rape whereas on some other occasions it offers a shelter to the small shopkeepers to stand under it and transact their business. In her first story ‘The Darkness in Red’, while drawing a comparison between placid village life and the hectic city life, the writer reflects over the ambitions and aspirations of those who want to make it big by settling in a big city. But there always remains an urge in them to go back to their moorings. The city gives the narrator a new identity, ‘Chaurasia Paan Vala’ , through whom the author succinctly lays bare the foils and foibles of the city-dwellers. A ‘Summer Ritual’ is a nostalgic leap into the carefree childhood days spent at the grandmother’s home. The moving theme of the story finds its resemblance with a famous poem of Kamla Das’s ‘My Grandmother’s House’ whereas ‘A Glass For Rupees One’ presents a poignant picture wherein ‘water’ has been hailed as a saviour but it can be a destroyer too. ‘Between Us, Daughter and Mother’ reveals the predicament of a small girl who is ruthlessly gang-raped by some barbaric men. It also raises the issue of parents’ unwillingness to address the queries of their children about their private body parts. The story becomes all the more poignantly gripping as it is unfolded by the narrator in death.

‘The Player’ is a masterpiece of erotic images artistically woven in a language that smoulders with the fire of passion inside the players involved in the game of love-making. The exquisite patterns of Mehndi designs running criss-cross exemplify the pictorial qualities of her stories like ‘Scent Of The Familiar’. The child-like longing for an old Mehndiwala Gupta Ji lends a sombre turn to an otherwise colourful story that proffers a fine specimen of the filigree work on hands and feet. The enticing spectacle of a vast variety of footwear made by the skillful cobbler who takes to stealing shoes from places of worship in cahoots with a friend exposes the innate ambition and the vaulting aspirations of the human mind to become rich by any means.

There is a generational shift in ‘On A Cup of Chai’ where an old student from the Department of English and Cultural Studies visits and revisits her alma mater to revive the memories of bygone days at the university. Her daughter who is now a student in the same university carries forward the ritual of drinking ‘Aunty’s Tea’ coupled with light gossip and banter. In ‘The First Kiss’, midnight romance under a dark dense tree has a sharp twist in the tail. Unmindful of the gender identity of the lovers locked in the kiss, the tantalizing romance keeps the reader glued to each line.

Both books offer fare in which each tale flows limpid with delicate probings of life, love, longing, loss and brutality.

Shiv Sethi is Head of the Department of Functional English and linguistics, at Dev Samaj Post Graduate College For Women, Ferozepur.