Tales Down the Years 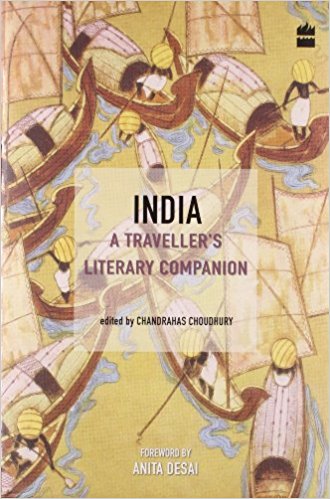 Writer Anita Desai in her foreword to India: A Traveller’s Literary Companion declares the short-story collection to be ‘curious’, ‘original’ and, ‘audacious’. In the initial impression the book does seem curious. And, in a cynical moment, the collection even appears contrived. Something that may compel the reader to ask: How desperate are the publishers to conjure a title? A Traveller’s Literary Companion? What next? A Curry-lover’s Literary Companion? Valid questions albeit asked a bit too fast. In fact as you read the book, carefully compiled by writer Chandrahas Choudhury, you may even inspiringly ask: Why Not? To get rid of another tedious question: Is the book to be read especially during a travel in India? Though the stories accurately inform on the landscape and the location, this certainly is not the concern of the book.

Then what is? Is it to inform the readers about how famous Indian authors have written about India? Not at all. Actually, as far as the authors go, they are the least concerned about anything other than telling their stories. They have not been told to write to a brief. These are well-known stories, published before and picked to suit the purpose of the book. That brings us back to the question. What is the purpose of the book that, according to Desai, is audaciously titled ‘India’ What is so ‘India’ about it? As things stand so far, India cannot be easily assumed into an identity. Indians, individuals or communities, only flatter themselves in claiming ownership to the title in entirety. At home we are reluctant fellow residents. But around the world aren’t we pleased to drop the name of India mostly to find favour? So is the book audacious to assume the title India? Yes, and the audacity is well earned. Because the contents are as fiercely and arrogantly differen-tiated as Indians themselves. Differentiated in language, religion and expression. A differen-tiation that Indian communities have travelled over at least three and a half thousand years. It is this variety of travel the book reflects or aims to achieve.