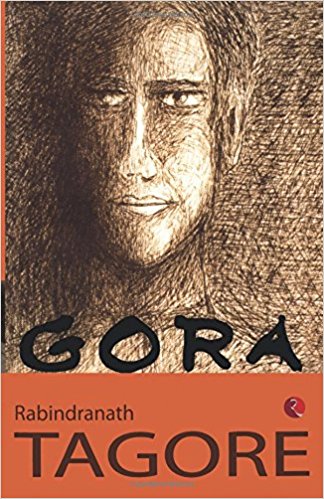 One of Rabindranath Tagore’s widely discussed novels, Gora, is set in Kolkata some three decades prior to the date of its publication, 1904, and narrates the interactions, intimacies, incompatibilities and introspections within a community of Hindu and Brahmo educated elite of that period. It is steeped in its contemporary political ambience but also imbued with the nationalist spirit of the late nineteenth and early twentieth century, which provides the basis for and sways the tenor of most intellectual exchanges among the leisured class that its dramatis personae belong to. Although nationalism had not yet opened up to the debate of moderation versus extremism that Tagore expounded on at length in Ghare Baire and Char Adhyay, the discussion and rethinking in Gora focuses on concerns that can be subsumed within the umbrella of an embryonic nationalist awareness.

The history of English translations of Gora prior to this one follows a trajectory that has Surendranath Tagore’s translation (1924) at one end, followed by Sujit Mukherjee’s Sahitya Akademi translation in 1997, almost three quarters of a century later. Vishwabharati’s monopoly over the patent to all of Tagore’s works till 2001, strangely, is not entirely accountable for this gap.Mukherjee’s Gora is manifestly not one among the embarrassing overabundance of translations across publishing houses that flooded the market after the unleashing of the copyright and made Tagore’s works accessible beyond the brahminical precincts of Vishwabharati, Shantiniketan and Kolkata. Mukherjee’s turn of the century version of Gora is authenticated in the introduction as a volume that might elicit from its non-Bangla readers ‘the theoretical and ideological perspectives of their own generation . . . opening out the old text to further new readings.’ If such postcolonial effort to retranslate is part of what Tejaswini Nirajana calls the desire to ‘rewrite history’, the rewriting has already been done once by Sujit Mukherjee. But translation is a perpetually ongoing process, so even with this literary backdrop, RadhaChakravarty’s Penguin translation, a mere twelve years later, is worthwhile and justifiable. To use her own words, she is ‘seeking to offer a lucid, readable version of this massive, complex novel to twenty-first century readers.’ (Italics mine)