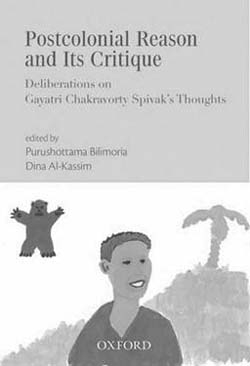 The conversation around Gayatri Chakravorty Spivak’s seminal work A Critique of Postcolonial Reason: To¬ward a History of the Vanishing Present refuses to die down.

Published in 1999, not only did it elicit strong reactions at the time from academics all across the world, with several of them, with good reason, praising it to the skies, and some others, like Terry Eagleton, indulging in, what may be mildly termed as, name calling. Eagleton’s review in the London Review of Books called Spivak’s work ‘obscurantist’, ‘garrulous hotch-potch’, ‘id-iosyncratic’, with ‘overstuffed excessively el¬liptical prose’, and even when paying her a back-handed compliment in calling her an ‘academic superstar’, Eagleton questioned Spivak’s intention and slammed her work by concluding, ‘Like most US feminism, post-colonialism is a way of being politically radi¬cal without necessarily being anti-capitalist, and so is a peculiarly hospitable form of left¬ism for a ‘post-political’ world.’ What fol¬lowed was a banter around Eagleton’s review, with letters flying on both sides, with the likes of Mustapha Marrouchi, defending Eagleton and some others such as Judith Butler, Hamid Dabashi, coming to a valiant defence of Spivak.