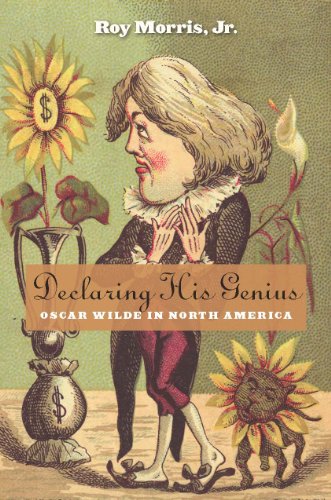 Roy Morris Jr.’s book chronicles Oscar Wilde’s eleven-month long tour of the United States and Canada in 1882. It is during this tour, we are told, that Oscar Wilde became Oscar Wilde. Wilde apocrypha has it that he announced to the customs agents, on his arrival in New York, that he had nothing to declare except his genius. It is a bit difficult to review a book that chronicles, somewhat unsteadily, the 15,000 miles Wilde travelled over 260 days to deliver 140 lectures, besides meeting everyone who was anyone, in a recurring list of labels. Let me attempt this by following in Morris’s tracks.