Social Chronicle of a Vanished Era 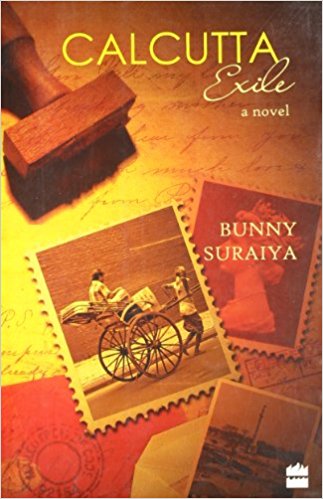 Bunny Suraiya’s debut novel Calcutta Exile is an impressive and bitter-sweet epilogue to the Anglo-Indian community during its heyday in what was once the ‘second city of the British Empire’. A novel centered around the Ryan family of Sharif Lane in central Cal-cutta, it captures, almost in a time-frieze, snap-shots of Anglo-Indian life in 1959, through a simple narrative of love, family ties and conflicts and the changing cityscape of the community’s moorings and lifestyles. What also emerges through this well-spun tale is at one level the in-creasingly delicate and often tortuous reconciling (or lack of it) of the community with post-colonial and Independent India. Where the book breaks new ground is to show that this dilemma was certainly not monochromatic, and there were voices from within, which were deeply and emo-tionally committed to the new India that was emerging out of colonial shadows.
The book’s main narrative is that of Robert Ryan, Anglo-Indian patriarch and proud father of Paddy and Shirley, feisty and good-looking girls and their ravishingly beautiful mother Grace, who has a terrible secret, which only unfolds at the end. Robert is a Covenanted Assistant at a premier managing agency, Barton Ferne and Company, a ‘decent’ job with ‘several perks’ which he has been happy to be in, for twenty-one years. But the storm-clouds seem to be gathering aplenty, chiefly in the form of Ronnie (Ronen) Mookerjee, Anglicized scion of a wealthy Bengali family. Son of a well known Bengali barrister, with a grand mansion in Ballygunge and educated at King’s College, London, he was now increasingly emerging as the likely future boss of Barton Ferne. Much to Robert’s distaste and indignation, Ronnie had even succeeded in ingratiating him-self with the young Englishman Peter Wilson, the current head of the firm.