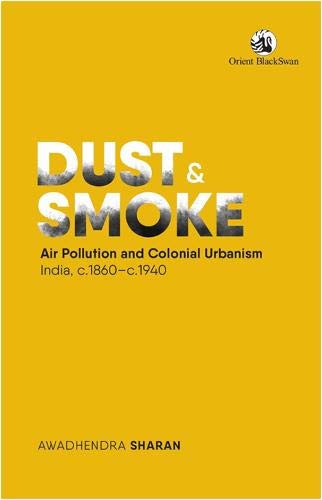 Urbanization is considered to be a significant moment in human history. Mumford argues that urbanization took an unprecedented form by throwing off natural limits of the environment with industrialization. Thus, while urbanization in the past was a historical moment for detaching labour from land and nature, urbanization in the present is about bringing nature back to tackle the question of livability of the city. This has made contemporary urban discourses witness the emergence of debates such as green urbanism, eco-city, sustainable city, etc. Awadhendra Sharan’s book is based within this context. Through this magnificent work Sharan offers a possibility for advancing a historically nuanced understanding of the ‘clean city’ and environmental justice for the Anthropocene in postcolonial countries like India. Moreover, by liberating discussions on air pollution from mundane experts’ opinions to the social nature of air, the book offers a possibility for the imagination of air beyond the efficiency and aesthetics discourses of twentieth century urbanism.

By navigating through rich archival sources, Sharan tries to map the transitioning of smoke and dust from the status of industrial waste to an urban nuisance. Focusing his inquiry on Calcutta and Bombay, two prominent political and economic centers of British India, Sharan argues that smoke nuisance discourses of these towns were historically in succession to similar discourses in Britain and the USA. The historical conjuncture of the 19th and 20th century witnessed a paradigm shift in the perception of the appearance of smoke in cityscapes. Once identified as a signifier of industrialization and progress, dust and smoke came to be treated as a challenge to urban beauty and a nuisance to be contained.