Situating the Novel in Socio-Cultural Contexts 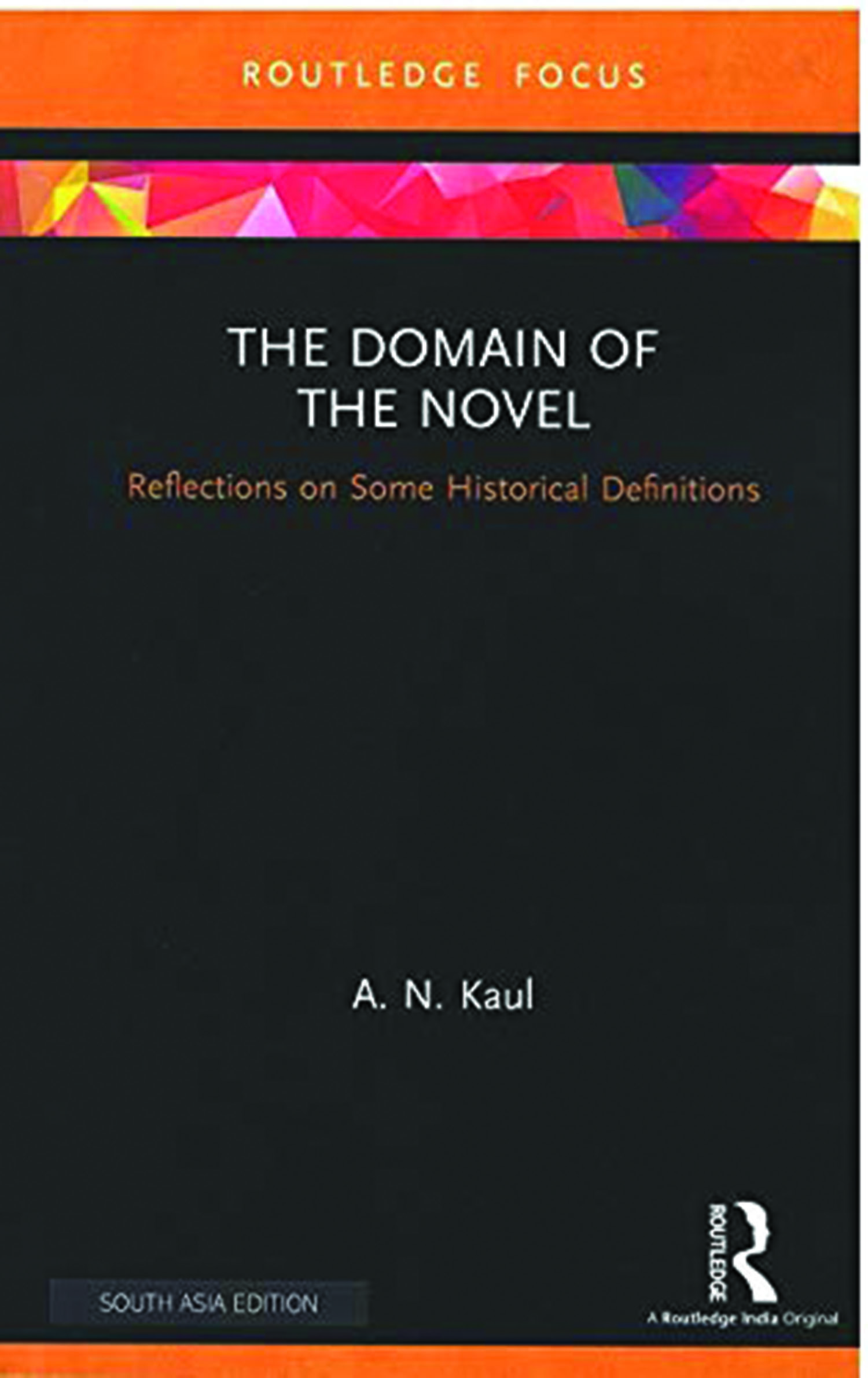 Situating the Novel in Socio-Cultural Contexts
Subarno Chattarji
THE DOMAIN OF THE NOVEL: REFLECTIONS ON SOME HISTORICAL DEFINITIONS by A.N. Kaul Routledge, London, New York, 2020, 100 pp., 495.00
April 2021, volume 45, No 4

Reading Professor A N Kaul’s The Domain of the Novel I am reminded, as Professor Sambuddha Sen points out in his own brilliant introduction, of the acuity of Professor Kaul’s mind, the depth and breadth of his interpretations of a wide variety of texts and their contexts. As Sen writes, Kaul ‘never wrote a word that was not capable of holding its own on the international stage—his ideas continued to resonate with the field of novel theory as it has developed through the last two decades.’ Sen’s introduction takes us through those scholarly developments and the manner in which Domain expresses ‘the conviction that novels are the bearers of a special kind of social knowledge’. While the novels Kaul analyses are the repositories of this special knowledge, it is his clarity and precision (key words he emphasized in his marking and supervision of generations of students), his insightful criticism, that illumines in special ways the novels one thought one understood or knew well. Kaul’s work embodies literary criticism at its best wherein acute analysis leads the reader to newer, deeper ways of thinking about the text and the world.

Domain is a collection of four lectures—three delivered in December 1998 and the final one earlier—whose transcription and publication makes available to a new generation the voice and insights of Professor Kaul. Sen is right when he says that one can hear Kaul’s voice in the written text, ‘a certain animation—the animation of Professor Kaul’s speaking voice, of course, humorous, relaxed, yet completely confident—but also something more—something new that spoke to the present.’ Even if one did not attend the lectures as I did not, one is made aware of the contemporaneity of the utterances on the page not only for novel theory, as Professor Sen argues, but for the craft of literary criticism, for the value of ideas in our difficult times.