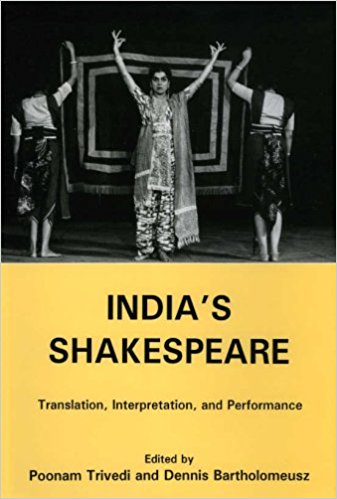 In the last three decades Shakespeare studies and postcolonial studies have not only been intimately linked, they have also been mutually constitutive. An important strand of postcolonial studies has investigated how the English literary canon dominated by Shakespeare performed the ideological work of reinforcing the cultural superiority of the British colonizer. It has also mapped the diversity of attitudes ranging from the deferential to the subversive which have marked the postcolonial response to Shakespeare’s plays (and metonymically to colonial culture). Indian translations, adaptations and appropriations read Shakespeare not only as an English cultural icon but as a radical dramatist providing templates of resistance through plays like The Tempest and Othello. Shakespeare has been central to postcolonial studies and theory both as a symbol of the colonizer’s authority and also as a site of postcolonial challenge. Equally, the critical discourse on postcolonial Shakespearean negotiations has alerted Shakespearean scholars to pay greater attention to the ideological framework of early modern colonialisms,