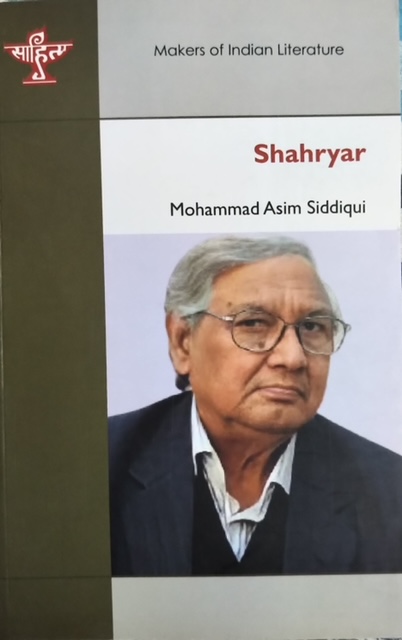 Shahryar (1936-2012) was a name incarnate indeed; the prince perfect of modern Urdu poetry. He was a person of suave manners and a poet of soft tone and tenor who stood out as an embodiment of urbanity in life and literature. He looked at life with clinical detachment and at literature with passionate commitment. During a literary career spread over five decades (1960-2012) and an academic career spanning over three decades (1966-1996), he earned a name for himself as an academic, editor, poet, and a film lyricist while balancing all these roles against one another with great distinction. He created a taste for modern literary cultures when he edited journals like Fikr-o-Nazar, Sher-o-Hikmat, Ghalib, Hamaari Zabaan and Aligarh Magazine. His worth as a poet was duly acknowledged with the Sahitya Akademi Award (1987), as well as the most prestigious Jnanpeeth Award (2008), apart from seven other awards that include the UP Urdu Akademy Award (1997), Bahadur Shah Zafar Award (1997), West Bengal Urdu Akademi Award (1997), Firaq Samman (1998), Ghalib Award (1999), Sharfuddin Yahya Maneri Award (2002) and Iqbal Samman (2005).