Sexed In, And Cast(E) Out Of, The City 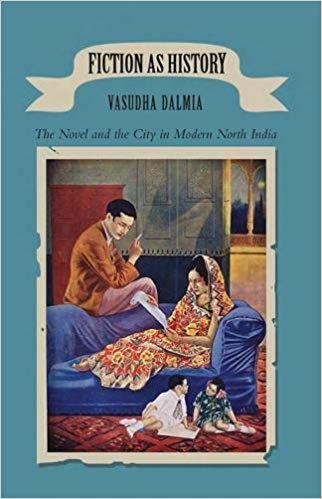 Focusing on eight Hindi novels, Vasudha Dalmia’s new work traces the emergence of a modern urban culture in North India and the changing shapes of its political, aesthetic, and moral concerns. Beginning with Pariksha Guru by Lala Shrinivasdas (1882), the book engages, successively, Premchand’s Sevasadan (1918) and Karmabhumi (1932), Yashpal’s Jhuta Sach (1958, 1960), Agyeya’s Nadi ke Dweep (1948), Dharamvir Bharati’s Gunahom Ka Devata (1949), Rajendra Yadav’s Sara Akash (1951) and Mohan Rakesh’s Andhere Band Kamre (1961). Written during a period when print had an energy and power that has long been depleted, these novels actively participated in the forging of language, of sensibility, and of political and sexual subjectivity. Yet as Dalmia’s book progresses, certain strands come to the fore and gain evident prominence. In the epilogue, she reflects upon what became, for her, the most salient thematic link between the novels she has chosen: ‘the difficulties that women face in the social spaces they inhabit, and what they themselves say when they speak’ (p. 407).

When a book subtitled The Novel and the City in Modern North India describes its own central preoccupation thus—that is to say, when it recognizes the mapping of gender as its underlying and recurring concern—it also makes a striking and entirely persuasive claim about modern Indian fiction’s imagination of the urban. Dalmia’s readings demonstrate again and again that in the novels she examines, the imagination of the urban was inextricable from the figure of the woman. To explain this conjunction only by taking recourse to the overarching horizon of modernity would perhaps not enable us to take full cognizance of the proposition that it was crucially a certain image of the city, of the urban, that brought into focus a set of questions, not only about the feminine, but about sexuality, sex, and indeed the subject as sexed.

It seems to me that such a proposition may be glimpsed at several moments in the book. Let me briefly discuss one such instance. In Chapter 2, ‘Wife and Courtesan in Banaras’, Dalmia focuses on Premchand’s Hindi novel Sevasadan (1918), originally written in Urdu in 1917 under the more risqué title Bazar-e-Husn (The Market of Beauty). As she does in every chapter, Dalmia gives us, in considerable detail, the plot of the novel, interspersed with her own comments and analyses, as well as the remarks of other, often earlier, critics. It is in part this practice of narration that makes a fairly long book immensely readable and pleasurable. She also gives us a rich sense of the structural transformations that affected most North Indian cities after 1857, when the Muslim elite were either killed, forced to flee, or effectively marginalized. The restructuring of space and economy was to the distinct advantage of upper caste Hindus, as ‘Hindi-Hindu and Urdu-Muslim grew increasingly bifurcated’ (p. 26). The protagonists of all her novels emerge, she writes, from the ranks of this very Hindu culture that modernized after 1857.