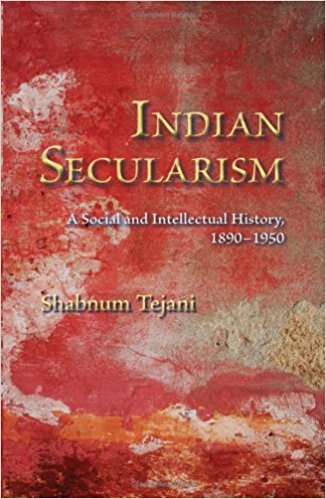 Secularism and communalism have long been a staple of Indian politics, certainly after Independence, and have been fiercely debated in recent times with the rise of a variety of fundamentalisms and accusations of “minority appeasement”. The content of what was meant by secularism was embodied in the provisions of the Constitution but the term “secular” did not figure until added to the Preamble by a constitutional amendment during the Emergency in 1976. It is now an established part of what are listed as the “basic features” of the Constitution, which are considered sacrosanct and unamendable. Communalism did not suddenly become an issue in 1947, though Partition gave it a sharper edge with what seemed to be the triumph of the so-called “two-nation theory” that was anathema for the Congress and all Indian nationalists.

It is something that has surfaced in the histories of peoples around the world from time to time. But its more contemporary antecedents in India can be traced back to a hundred years before Indian Independence. It is this aspect and phase that Shabnum Tejani unpacks for us with scholarly insights, contextualizing the present in the past.

Though rulers and conquerors of many faiths established kingdoms and empires in India over the centuries, the mass of the people lived together, sharing their joys and sorrows largely unmindful of tensions and rivalries at the top. Muslim invaders from the 11th century onwards settled in the country and were culturally and politically assimilated over time. Urdu, for example, was a fine amalgam of Persian and Braj and, later, Hindustani grew out of cross-fertilization between Hindi and Urdu. The same could be said for architecture, dress, literature, music, cuisine, customs and even popular faith as exemplified by the sufi and bhakti movements. There was much mingling and participation in festivals and ceremonies and inter-faith marriage was not unknown.

This persisted during the early phase of Western intervention as the East India Company’s prime interest was trade. The Great Uprising of 1857 saw Hindus and Muslims rally spontaneously around the decrepit throne of Bahadur Shah Zafar, “their” Emperor in Delhi. But the transition from Commerce to Raj introduced elements of competition among communities who now increasingly jostled for favours, representation and advancement at each stage of political reforms and self-government. A wounded Muslim community hung back, resentful and unable to come to terms with new social, economic and political realities and with the change in laws and language that became the new instruments of governance and preferment. Hindus on the other hand took to English education and administrative and judicial openings and harvested the opportunities on offer. Inner resentments grew. The gulf widened.

While Hindu social reformers were active, another section began to assert a new nationalism that would bind together and build a putative Hindu community, especially in the Punjab, Uttar Pradesh and Maharashtra. This was manifested in the rise of the Arya Samaj, a cow protection movement and Tilak’s effort to “reinvent and politicise” the popular Ganpati festivaland make it a movement for Hindu mobilization by asserting the right to take out ever longer and more elaborate Ganpati immersion processions that stopped and played music before mosques. The Ganpati procession was also remodelled on the lines of the Mohurrum procession with its tazias in which Hindus until that time would participate with enthusiasm. A reaction was inevitable. A series of riots over cow protection occurred in 1893 in UP, Bombay and Rangoon.

A few years later, Tilak launched a Shivaji movement to recapture and eulogise Maratha-Hindu glory. Swadeshi marked the next step in Bengal, Bombay and Punjab under the Lal-Bal-Pal triumvirate that chafed at the gradualism of Congress politics and urged a more extreme, revolutionary stance. This movement tended to exclude lower castes and Muslims. With talk of political reforms that later took shape in the Minto-Morley proposals, Muslims rallied to demand separate electorates in 1906 having got a shot in the arm the previous year with the partition of Bengal.

Tilak went on to develop the idea of a “composite patriotism” that would be pan-Indian and reflect the new political reality of British rule. The way to unite all of India’s many regional communities was to appeal to a more primordial loyalty stemming from what was seen as their common Vedic origins. Sarvarkar was to pick up the threads and carry forward these ideas, initially through revolutionary means. In trying to hammer out a new dispensation for representative government, the British developed a counter theme: India was a congeries of nationalities all of which merited representation. To repel incipient fears of a permanent (community) majority, they proposed a grouping of “communities of interests”, landholding, commercial, educational and religious, neutral as between races and sects. Hindus viewed this theory with deep suspicion and scented a policy of divide and rule. As Shabnum Tejani sees it, this period saw a transformation of the Muslims from a religious community to a cultural (and political) minority.

Gandhi transformed the Congress from a genteel upper class debating society into a mass movement. He harnessed the tidal wave of anger against the Rowlatt Act and Jallianwala Bagh to launch his first non-cooperation movement. Rising Muslim anguish and concern at the threatened abolition of the Khilafat was seen by him as an opportunity to bring together Hindus and Muslim on a common platform to confront the British. There were doubts on both sides but these were overcome and joint fervour was built up until the Chauri Chaura incident in Bihar in 1922 caused Gandhi to call off the movement to the consternation of many within the Congress and anger at this betrayal on the part of the Muslims. Estrangement followed. In Sind, Madan Mohan Malaviya had launched a shuddi and sanghatan campaign to purify and unite Hindus. The Jamiat retaliated with a tanzim movement aimed at countering the Arya Samaj and reviving Islamic teachings. Both Gandhi and Mohammad Ali, who led the Khilafat movement, had from different standpoints argued that religions could not be separated from politics. The short-lived Khilafat convergence gradually resulted in divergence. Some Muslims considered moving out of India which was dar-ul-harb and extolled the virtues of pan-Islam, which Hindus interpreted as symbolising their extra-territorial loyalties.

The Moplah rebellion did not help maters. In 1922 the Hindu Mahasabha was revived and went on to criticise the Lucknow Pact of 1916 under which the Congress had agreed to an assured Muslim representation in the provincial councils. The Simon Commission highlighted the communal divide. The separation of Sind from Bombay as a Muslim province exacerbated matters while Ambedkar fought for the rights of the Depressed Classes. The die was cast. In 1940 the Muslim League adopted its Pakistan Resolution and Partition and its gory aftermath unfolded like a Greek tragedy.

Shabnum Tejani rightly says that an understanding of current debates over secularism and communalism is rooted in history. Through this can be elucidated the relationships between religion and caste, identity and inequality. In her view, identity and equality lies at the heart of secularism and democracy in India. For that the most powerful agencies are education and a common citizenship, something that all too few among the ruling class have understood.

B.G. Verghese is a columnist, former mainline journalist and author is at the Centre for Policy Research, New Delhi.