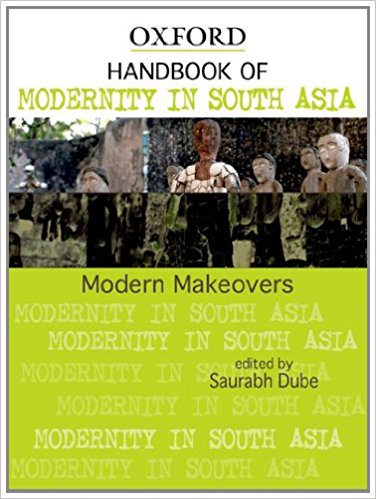 In 1997 Partha Chatterjee stated eloquently that ‘there is no promised land of modernity outside the network of power. Hence one cannot be for or against modernity; one can only devise strategies for coping with it.’ Without stating this in as many words, the edited handbook under review indeed exemplifies Chatterjee’s statement throughout the book. And for the most part, the pathbreaking scholarship of the 1990s on the subject (the common themes in the writings of Sudipta Kaviraj, Ashis Nandy, Dipesh Chakrvarty and of course Chatterjee) provides the foundation for the structure of many of its arguments and entry points. After passing through the oft cited disclaimers that have followed the recent writings on modernity (like the work ‘thinks through prior, inherited understandings of modernity that are based on prefigured, modular projections of the traditional and the modern, the non-West and the West’), the editorial finesse is amply reflected in the choice, categorization and in the measured symmetry of the essays.