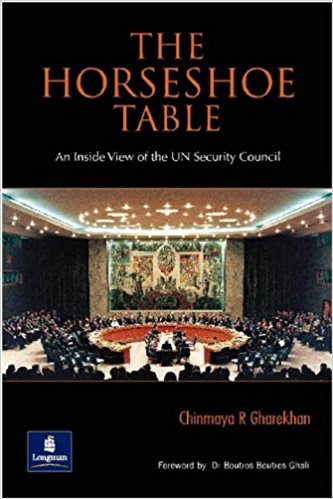 There is a perfect fit between the author and the theme he has chosen to write on. Chinmaya Gharekhan of the 1958 batch of the Indian Foreign Service has established a well deserved reputation for his professional competence, integrity, and superb  navigational skills in the often treacherous waters of  diplomacy.  As India’s Permanent Representative to the U N in New York for six years, he has presided over the Security Council twice. Each presidency lasts a month. Later, he was appointed by Secretary General Boutros Boutros Ghali as his Senior Political Advisor. Ghali was averse to attending the closed, ‘informal’ meetings of the Security Council and appointed Gharekhan to represent him in such meetings where decisions were taken, to be ratified at the   ‘formal’ meetings to be held subsequently. The book is timely as the global citizen is increasingly concerned about the delay in reforming the UN system in general and the Security Council in particular. In fact, there is a growing body of opinion that the UN might have outlived its essential utility as an instrument to prevent war, mediate over conflicts,  contributing towards the emergence of a reasonably peaceful world order to replace the current disorder.