Sam Moyo: The Voice of Change 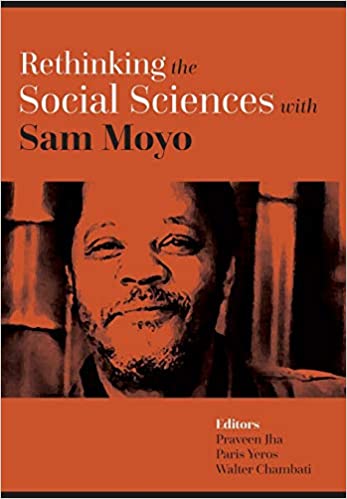 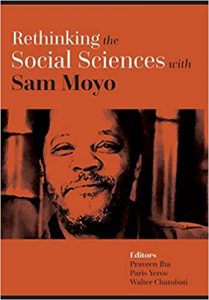 Rethinking the Social Sciences with Sam Moyo is a tribute to one of Africa’s and Zimbabwe’s greatest modern thinker, Sam Moyo, who made an astounding contribution to social science with his intellectual work on the land and agrarian questions of the global South. The title of ‘fundi’[1] is truly apt for Sam Moyo. The essays in the book contextualize Moyo’s concerns with the global South in light of changes brought about by economic transitions and structural readjustment policies in peripheral regions. What stands out from a reading of the book is Moyo’s genuine commitment towards autonomous knowledge production from the South, and along with it, to bring about a change in society, a change that he believed in and advocated.

The book presents three essential points. First, it revisits the classical agrarian question (the European perspective), which has looked at the primal role of agriculture in industrialization to eradicate economic backwardness. Moyo elaborated that the contemporary agrarian question, carries with it the classical question, but also has its universal dimension, that of gender equity (Ossome 2020) and ecological sustainability. Since the agrarian transformation is taking place in the context of global financial capitalism―which sustains polarization between centre-periphery for its accumulation of wealth―the contemporary agrarian question is also a question of national liberation and sovereign industrialization (Moyo, Jha and Yeros 2015). Taking us through the arguments of Moyo, the volume successfully breaks away from the dichotomy of  the backward/industrial framework and unveils the myth of industrialization.

Second, it is a critique of western, eurocentric Marxists scholars. According to the Northern scholars, the classical agrarian question is dead (Bersnetin 2006) since agriculture has ceased to perform its fundamental role of industrialization. To them, the contemporary question is not one of peasants but that of labour, because they believe peasantry has ‘disappeared’ with industrialization. Moyo re-oriented scholarly attention to the emerging rural struggles of the South (particularly Zimbabwe’s experience of land reform in 2000 as an empirical site), to re-examine the land and agrarian question and also look into the diverse historical experience associated with industrialization. His meritorious attempt in building the South-South collaboration, his association with CODRESIA, AISA, ASN, International Agrarian Summer School and his commitment to  renew the intellectual tradition of pan-Africanism of political economy, particularly towards ‘decolonization of the knowledge in and about Africa’ (Martin 2020: 44) is admirable. According to the volume editors, Moyo’s intellectual journey laid down the principle of epistemic sovereignty (p. 18).

[1] .Dzodzi Tsikata fondly uses this term for Moyo to describe his intellectual contribution to Africa’s agrarian and land issue. She writes, the term is ‘derived from “umfindisi”  (a teacher), from the Nguni family of languages, meaning a master craftsmen, expert or genius.’

[2] . The current health crisis points to the COVID-19 pandemic.

[3] . Spanish phrase for the struggle continues.