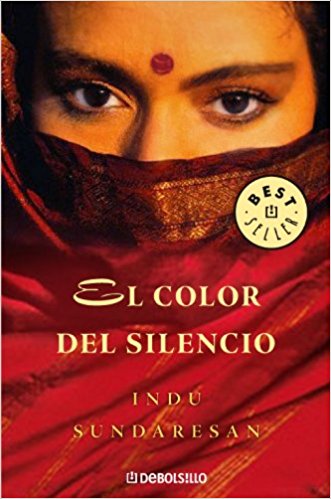 Cast firmly in the ‘Raj novel’ mould, The Splendor of Silence is set in the fictional state of Rudrakot, during the pre-Independence period. The author, Indu Sunderesan, blends history with romance in this fairly readable novel. The narrative begins in 1963, with Olivia sequestering herself up in a beach cabin ‘somewhere near Seattle’ to mourn her father, Sam Hawthorne, who has died in a traffic accident, just before her 21st birthday. A trunk that has just arrived from India as a birthday gift leads to the discovery of an anonymous letter within it, which promises to ‘fill all the silences of her life’. It leads us back in time, and Olivia discovers the truth about her mixed parentage (she is the daughter of the main protagonists, Mila and Sam). Through the letter, she learns the story of her birth, and her parent’s brief but passionate affair. The letter takes the reader and Olivia back to that tumultuous period in Indian history that has fascinated so many writers and historians—the period of cataclysmic events, nationalist intrigue and raging prejudice about caste, race and religion.

However, this novel is not just another piece of exotica; tied up with the love story and the intrigue of the Raj, it also offers a sensitive and thought provoking commentary on the fractured and tenuous race relations of that period.

The epicenter of the novel is Rudrakot, in 1942. Mila is the daughter of Raman, the political agent or Resident of Rudrakot, a south Indian Brahmin. Raman is an amalgam of the East and the West; he performs his rituals in the morning, but educates his daughter, and brings her up without purdah, teaching her to ride and drive. He has two sons—one wishes to follow his father’s footsteps, the other is nationalistic and patriotic. The political turmoil of 1942 forces her father to travel often, and meanwhile Mila falls in love with an American OSS officer—Sam Hawthorne—who has come to Rudrakot on a secret mission. The narrative crisscrosses between the political ferment in Rudrakot and the war in Burma.

Rudrakot, Sunderesan remarks, is meant to be reminiscent of Rajasthan, and she does succeed is creating a location that is exotic and lyrical, but perhaps yet believable. Of course, it has its share of durbars and zenanas, tents and punkahs, and other Raj regalia, and occasionally the description of grand feasts, the dishes, and the jasmine-d women can be jarring in the obvious attempt to appeal to a foreign audience. Even so, the narrative flows smoothly for the most part, and the central love story is engaging, as are the vignettes of colonial life. If the British soldiers and officers can be brutal and boorish, spoilt by being ‘sahibs’, the Indian maharajas are no less, being almost amusing in their annoyingly petty protocol.

It is the sections set in Burma that are less smooth. The war action seems a trifle forced and occasional glitches in the story demand more than a slight suspension of disbelief. However, in her exploration of the Burma campaign, and the American involvement in India, Sunderasan covers new territory in fiction. This is a subject that has not been the focus of much exploration, and Splendor of Silence provides an interesting perspective. Sam’s position, as white but non-British, is a fitting counterpoint to the many Indians who, though of ‘colour’ do not really fit in, in the emerging India. The outsider position of both is poignant, and sensitively handled.

In fact, it is the acuteness and clarity with which Sunderesan handles the issue of race and colour prejudice that is the most striking feature of the novel. The consciousness of class amongst the British, which take a back seat to the solidarity of colour during the troubled times of the independence movement is deftly and perceptively depicted. The nationalist movement provides that moment of pressure during which various alliances and identities are forged, worked and reworked. And of course, the colour consciousness of the Indians themselves adds to the complex picture. The harsh, often violent treatement meted out to Anglo-Indians, outcast of both communities, is depicted movingly through the story of Rosalie.

Sunderesan begins each chapter with an epigraph, and these epigraphs are largely drawn from historical and non fictional sources .From Burchett’s Trek Back from Burma (1943), to Anton Gill’s Ruling Passions: Sex, Race and Empire (1995), the author draws on diverse tracts to stress the historicity of her fiction. They provide a perceptive insight into the period, and are proof of her intensive research. The British writings reveal the colonial viewpoint far more strikingly than any piece of fiction could, and an entire gamut of emotions and philosophies are evidenced in them. From the white man’s burden, the conviction that ‘the soul of India’ is nothing more than ‘baksheesh’, to the slow and grudging scrutiny of their own life and attitude in India-these epigraphs are fascinating as well. Whether a reader is familiar with postcolonial processes or not, the narrative is accessible and enjoyable, and this, finally, is the greatest strength of the novel. Sundaresan has written two other novels, The Twentieth Wife and The Feast of Roses. Obviously the historical novel is her forte, and this novel confirms it.