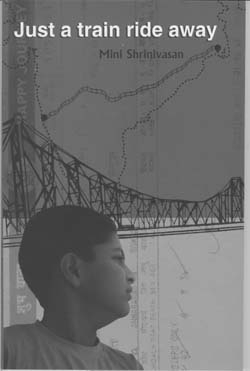 For a child, the love and presence of both parents means the world. However, often in spite of their love for the child, parents find it difficult to live together and separate or divorce.

According to www.indiandivorce.com, India still has one of the lower divorce rates in the world at 1.1% compared to 54.9% in Sweden. But you don’t need to punch a calculator to work out that in a population of over 1.14 billion, that amounts to a disturbing number. That’s just the visible statistic. There are many more couples who have separated but not sought legal intervention.

With more and more marriages ending in separations and divorce, a never-before number of children are growing up looking to fill that void of a missing parent.

Just a train ride away has the courage to take on this thorny issue. It looks at the pain of single-parent children and takes the issue further: Santosh, the young protagonist, has grainy memories of his father, nor does he know who the man is, what he does and why he has never come to meet him. Author Mini Shrinivasan has probably met several children like Santosh since she has taught for a number of years. She catches, for instance, the pain of not having a father stomping up the stairs at the end of a working day.