Representations Of Kinship And Violence 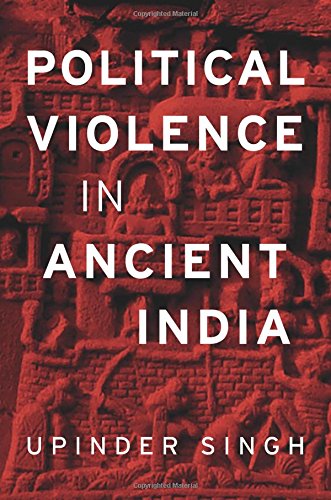 In what is uncharacteristic in the world of scholarship, uncharacteristic since scholars rarely gesture to the gaps in their own work, Upinder Singh points out that her book Political Violence in Ancient India is the end product of what she perceived as a big absence in the formidable repertoire of research that carries her name. After completing A History of Ancient and Early Medieval India (2008), itself the culmination of decades of research and teaching, she felt she had completely missed ‘a fundamental element that was implied in Ancient India’s entire political narrative—violence’. Thus began her journey into reading and rereading a great gamut of works produced across some twelve hundred years or so. There are texts, there are epigraphs, there is archaeology and there are coins. More remarkable than the breadth of her reading is how closely she has read these sources in order to reap a rich harvest of ideas which are woven together to produce the first book to offer an integrated study of ancient India’s perceptions of, and attitudes to, political violence.

This book is much more about ideas of political violence and nonviolence and less about the practice or incidents of violence. At the same time, ideas here are frequently placed within the vector of actual practice. An example of this is how ‘violence jostles with piety’ in the archaeological landscape of Rajagriha, the first capital of the Magadha state, in the sixth century BCE, where the presence of the Buddha and Mahavira is palpable in the very space where male members of the ruling family were fairly consistently killing off their fathers. Again, nearly a thousand years later, when a cleaned up or what Singh calls an ‘aestheticized’ version of kingship had been consolidated, while the ruler was widely projected as a protector of his people and of dharma, here were real kings like Shashanka and Mihirakula who were violently anti-Buddhist and a carnage of sorts had also left its material imprint on religious establishments like the Dharmarajika stupa at Taxila.