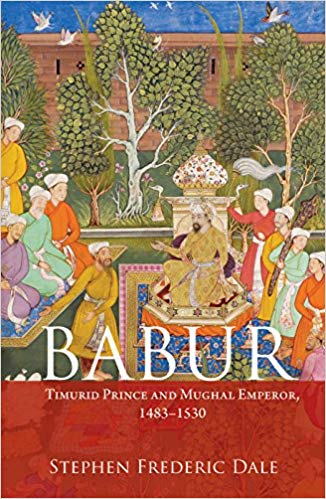 Zahir ad-Din Muhammad Babur (1483-1530) was a figure of utmost importance within the cultural and political landscape of 16th century central Asia and northern India. As the founder of the Indo-Afghan state, the basis of the later Mogul Empire, he also wrote, fortuitously, one of the most important autobiographical testimonies of his time, characterized by an impressive range of personal and political details, the Baburnama. To portray this fascinating and multifaceted life, to classify it historically and to present it to a broader audience has now finally been undertaken by Stephen Dale, one of the world’s leading specialists on Babur and his times. And, to anticipate it already at this point, Stephen Dale has composed yet another masterpiece. The author has dealt extensively with Babur’s writings in the past. The current study comes as a much shorter and more accessible biography, written especially for the reading public in Southeast Asia.

After Babur had entered the legacy of his father in the Fergana Valley, he conquered Samarkand twice, but he had to flee from his homeland again in 1504 from the strengthening Uzbeks under Schaibani Khan. He returned to Kabul, which he ruled from then on as his kingdom. From here, he undertook several reconnaissance trains to northwest India, seeking to recover Samarkand, which he again failed to hold for any length of time. This constant failure to keep Samarkand seemed to allow the final decision to turn to India, especially since Babur, thanks to his ancestor Timur, could claim the possessions of the Delhi Sultan, who, not surprisingly, refused to submit to Babur.

In preparation for his Indian campaign, Babur introduced cannon and rifles according to the Ottoman model, which, until then, had never been used in a battlefield in northern India. In 1522, Babur successfully siezed Kandahar and by the beginning of 1526 he had extended his rule far into the Punjab. There, in the famous battle of Panipat on April 20 the same year, he initiated the decisive clash with the numerically superior army of Sultan Ibrahim II (1517-1526) and won a superior victory over the last Delhi Sultan. Dale underscores Babur’s high military skills and his ability to innovate when it comes to using new and previously unknown tactics. He does so through gripping descriptions that resemble an exciting novel but without losing the historical accuracy at any point: