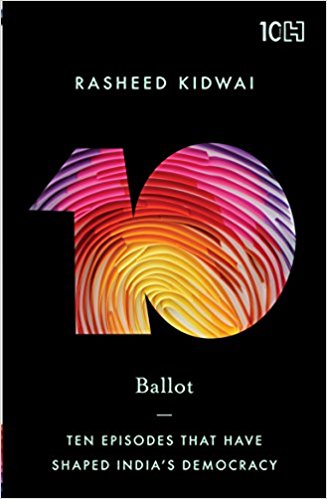 There are broadly two kinds of books: one, the ones which have a central argument, question or hypothesis, theoretical frameworks and methodology, and engage in debate; and another, those which provide narrative of some developments. Reviewing the first kind is easier. One can engage comfortably with any aspect dealt with in such books. Rasheed Kidwai’s book falls in the second category. The ten episodes cover a long trajectory, especially since the 1960s. Each of them centres around an individual political leader, national or regional, from Indira Gandhi to Mayawati or a coterie of leaders. The leaders represent a spectrum of ideological persuasions—secular, communal, Communist and authoritarian. The rise of these leaders, their politics and policies have not been viewed in isolation; their politics and policies have been situated in the broad context of political processes.

The book touches upon all major issues in Indian politics that have existed in varying degrees since the early years of Independence—corruption, crony capitalism, welfare schemes, populism, dynasty, gender discrimination, Hindu Right, personality cult, factionalism within the Congress, government-party relationships and land acquisition policy. Among these issues the growth of Hindutva has become one among the most decisive features of politics in contemporary India. The author rightly mentions that the epitome of the Hindutva—‘cow slaughter has staged a noisy come’ (p.xxi) from the first general election held in 1952 in Phulpur Lok Sabha constituency; the Jana Sangh candidate got second position to Jawaharlal Nehru.

Kidwai shows that each of the leaders discussed in the book has been helped by advisors, some of them trend setters and real shapers of democracy to a considerable extent. But surprisingly, the book does not mention the role of Sam Pitroda as advisor to Rajiv Gandhi, who played the most decisive role in shaping the computer revolution in the country.