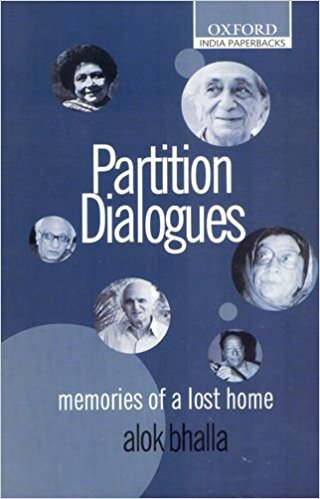 There are a few things that Alok Bhalla wants to prove in this collection of dialogues with Partition authors Indian and Paki- stani. He asserts that undivided India had a vibrant composite culture where communities intermingled freely. It was destroyed by the entry of religious politics. Though tensions did exist, no one could dream that violence would reach the level of genocide. Zamindars and the Muslim bureaucrats were the main supporters of Partition, the ordinary man mostly a victim of events that spun out of control. With a few minor variations this is the standard liberal Indian take on Partition. And most importantly, it differs from its ideological counterpart across the border by its assertion that religious politics of intent and the historical circumstance of colonial rule and departure created the cracks that led to Partition—that there was never a sense that it was ‘inevitable’ – a frequently repeated Pakistani assertion.  Interestingly the authors who mostly differ with this notion of ‘inevitability’ include a Pakistani — Intizar Husain and an Indian — Kamleshwar – both from UP, the focal point of the demand for Pakistan.