Relaying The Inner World Of A Star 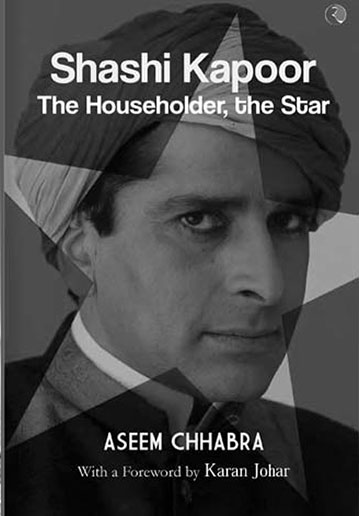 Shashi Kapoor: The Householder, The Star is an almost heartbreaking account—of the fame, and untoward retirement and estrangement from the industry, the painful and premature aging of a once extremely popular and daring showman. Although the recently researched and written book therefore lacks the star’s own voice because of his longstanding state of dementia and paralysis, the book nonetheless is replete with several quotes and insights from interviews with family members, close friends, fellow workers from the industry, film critics and writers and secondary resources. Along with detailed and systematic descriptions of the making and reception of various films linked to the star’s life in the capacity of both actor and later also producer, more interestingly, the book has a knack of relaying the inner world of the star and the ‘householder’, as father, husband, friend, colleague, artist as well as visionary. What most importantly emerges is the incredibly passionate and committed life of Shashi Kapoor to the world of theatre and film, and how in fundamental ways he not only shaped the course of mainstream film industry but also of parallel cinema in India.