Relationships in Black and White 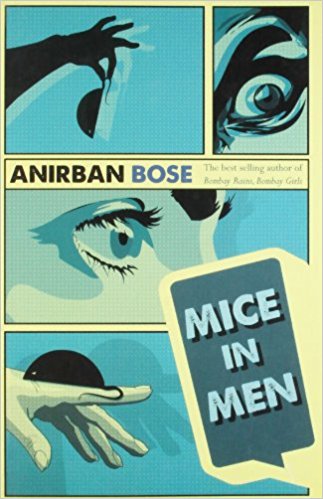 Mice in Men is Anirban Bose’s second fictional offering. From a strictly market-oriented point of view, it might be seen as something of the proverbial acid test. The second book, after all, is seen as being responsible for establishing an author’s reputation. At first impression then, Bose takes a chance with his second book. Shifting gears from the novel to the short story, he experiments with narrative voice, style, and setting. While his first, Bombay Rains, Bombay Girls, was a coming of age story, Bose traverses a gamut of emotions through widely diverging characters in the ten tales that form Mice in Men. Not bound by any commonality of theme, the stories in this selection are largely episodic, centering around one primary and a small number of secondary characters. Bose uses the traditional format of story-telling, giving us a beginning, middle and end, thereby making each story a cohesive whole.

Relationships seem to be one of Bose’s primary areas of focus. He explores love in several of his stories. In ‘The New Job’, sixty-five year old Rizwan Sheikh realizes how much he loves his wife of forty years after witnessing the scandalous breakdown of his employer’s marriage. ‘The Temptation of Fate’ set in Mumbai, and suitably cinematic, juxtaposes the eternal Hindi cinema binaries, love and ambition and typically glorifies the victory of the former. ‘Mice in Men’, the story that lends the book its name, has a similar ‘love as panacea’ motif woven through it. Basuri Lal Chowdhry, an obvious case of obsessive compulsive disorder gives in to compassion and saves the life of a mouse. This seemingly innocuous act opens the floodgates of chaos in his orderly life. Consequently, not only is he cured of his obsessive streak but also falls in love and heroically rescues his beloved from the brothel she was caged in. The dramatic potential in all three stories is immense and could have done with a good shot of realism.