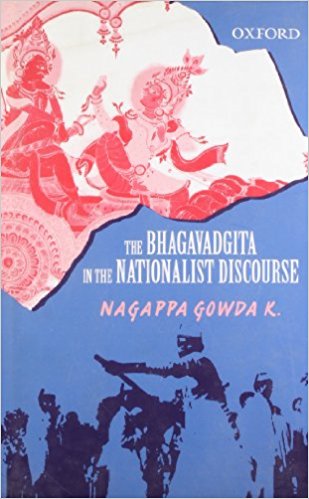 In relation to the Bhagavadgita, three extraordinary developments may be said to have occurred in British India. First, there is the text’s seemingly turning self-referential. From being a smriti, it had acquired a near canonical (shruti) status. By the late nineteenth century, many considered the Gita to hold the key to all moral and metaphysical truths, the quintessence, if you will, of all Hindu wisdom. By now, evidently, the focus had turned away from the Brahma Sutras and specifically in the case of Bengal, from the Vedas as well. By the 1850s, reformist Brahmos had rejected the latter as pramana (authority) and in another twenty years, even a somewhat conservative figure like Bankim Chandra took the Vedic revival of Dayanand Saraswati as undesirable and anachronistic. A second development followed from the first. It cannot be entirely fortuitous that more commentaries on the Gita (whether partial or complete) were produced in the nineteenth and the early twentieth century than, say, in the five centuries preceding. Finally, it was also in the colonial era that the very concepts of orthodoxy and pramana were palpably diluted with texts like the Gita being translated into Indian and European languages and thereafter made available in print. By the 1880s, pocket-sized editions of the Gita were in circulation, which, reportedly, were carried about by young revolutionaries on their person.