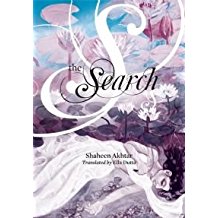 A few months ago, I had as my co-passenger Anu Pillay, a doctor working with Medica Mondiale, in Liberia. Medica Mondiale is a world wide organization founded to assist women traumatized by rape, especially in war situations. A South African of Indian origin, Anu spoke of horrifying degrees of sexual abuse that women have been subjected to, and the urgent need for their medical and psychological counselling.

Shaheen Akhtar’s The Search (Talaash) brings to the fore pressing concerns of Medica Mondiale, as placed on its website. Akhtar’s narrative is centered on the ‘Liberation war’ of Bangladesh in 1971. It describes the brutal acts of rape committed upon an estimated four lakh women, by Pakistani soldiers during the nine months of conflict. The women were named ‘Birangana’ or ‘Heroic women’ by Bangladeshi nationalists. The text reminds us of the unspoken, often deliberately concealed stories of the violation of the woman’s body as a means of retribution by enemy forces through historical time the world over.