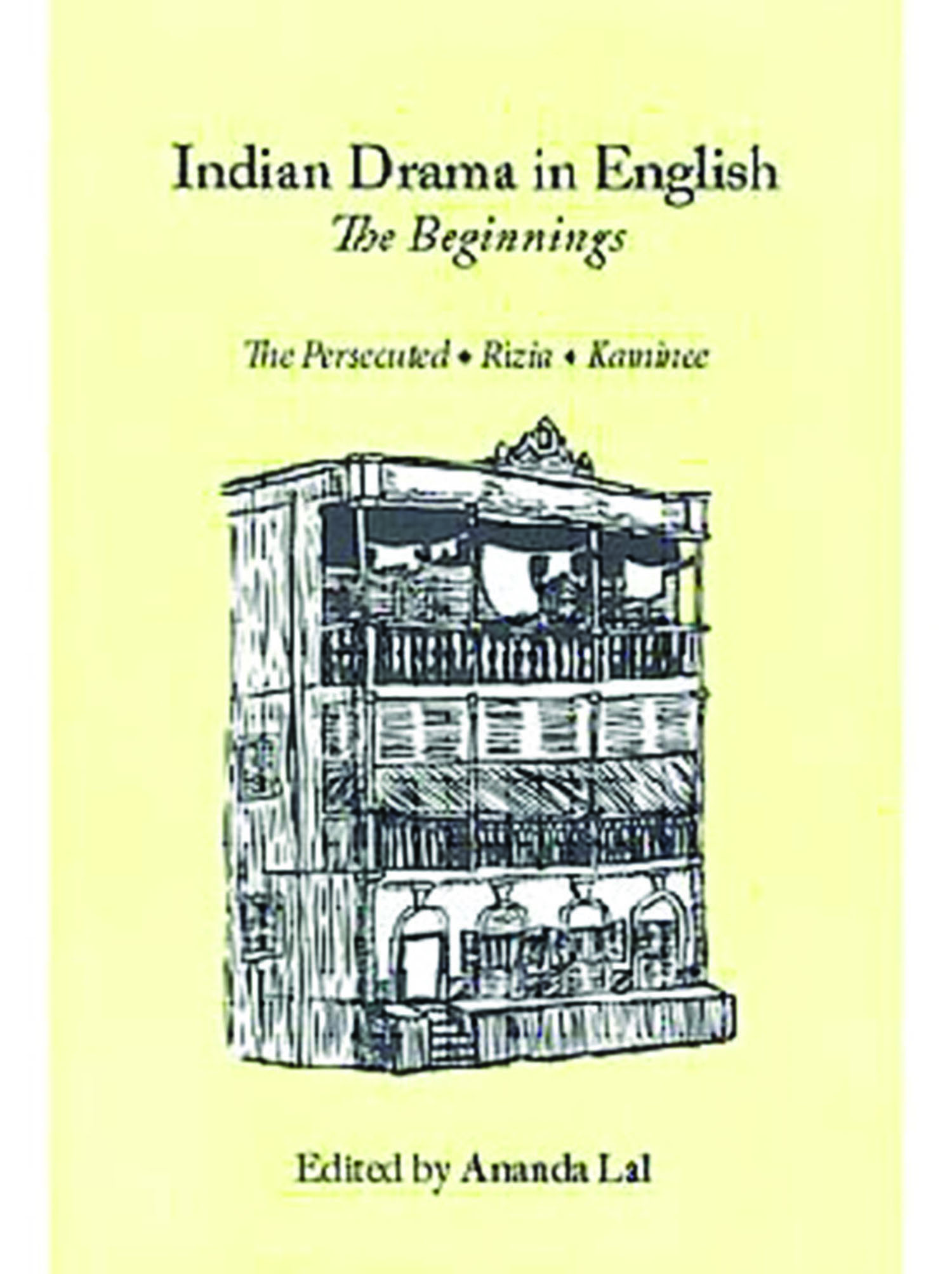 Ananda Lal’s edited volume, Indian Drama in English: The Beginnings, is a significant milestone in the genre. A researcher’s delight, the book has immense value for its reconstruction of text and authorship to fill the ellipses in the history of Indian English Drama. It comprises three nineteenth century plays—Krishna Mohan Banerjea’s The Persecuted (1831), Michael Madhusudan Dutt’s Rizia (1849) and Kaminee (1874) by an anonymous author. Lal’s introduction to each of the plays makes it a substantial and insightful read.

The Persecuted, is based on a real incident in which the author Krishna Mohan Banerjea was implicated in an incident of beef eating and as a result was never allowed to enter his own house. He sought refuge with the Scottish missionary Alexander Duff and converted to Christianity in 1832. The play is aptly sub-titled ‘Illustrations of the Present State of Hindoo Society, in Calcutta’. In Lal’s introduction, Ramachandra Ghosha’s record of the incident and of people’s bigoted rage is spine chilling and resonates with current times. The Persecuted was originally published in East Indian Press in 1831 and ‘reproduced’ in the Calcutta Municipal Gazette in 1941. Banerjea’s Preface to the play is striking for its reference to the use of English, an apology for the ‘imperfections in style and English composition that his work may contain’.