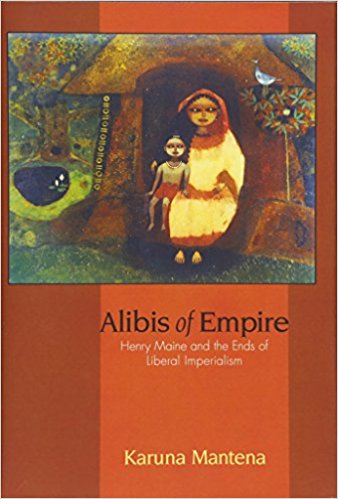 Of the ideologues of empire in the late nineteenth century, Henry Maine had perhaps the most profound intellectual impact on
contemporaries, ranging from arch-imperialists of the Lugard variety at one extreme to Marx and Engels at the other end of the ideological spectrum. More than anything he influenced the ways in which the remote past of humankind—the ‘ancient’—was understood. By historicizing the evolution of law and society which he saw, as is well known, in terms of a transition from status to contract, Maine initiated a sophisticated scholarly debate on a large number of related issues: Roman jurisprudence; customary law; codification; role of kinship in ‘traditional’ societies; village communities; and land tenures—to mention a few of the questions on which his writings had a significant bearing. This in turn had important implications for the development of social theory and the emergence of sociology and anthropology as modern disciplines. Further, Maine was actually in a position to mould colonial policy in post-1857 India as law member of the Governor-General’s Council for seven long years (1862–69).

In fact, lesser minds such as James Mill in the case of the early nineteenth century and W.W. Hunter in the case of the latter half of the century have received far more attention in standard textbook accounts of the intellectual history of the British Indian empire. Karuna Mantena’s eminently readable Alibis of Empire undertakes a reappraisal of the intellectual legacy of Maine highlighting both the brilliance of his scholarship, of which the first major product was his pioneering Ancient Law (1861), and the limitations imposed on it by his ideological justification of empire in an era of aggressive imperialist expansion and cynical rationalization of colonial exploitation. The currently fashionable arguments, in the post-9/11 era, about the desirability of empire are marked by a similar cynicism with the difference that they are utterly lacking in any of the (residual) spark of fin-de-siecle bourgeois ideology. A historically contextualized understanding of the ideas of Maine is useful, as Mantena notes in the coda of the book, for critiquing the bankrupt arguments that seek to uphold American military occupation of Iraq.