Re-defining The ‘Idea’ Of Ancient India 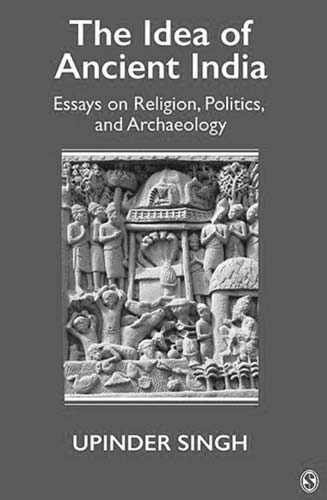 Today we stand at a juncture in our evolution as a state and society wherein as inheritors of a complex, yet particular cultural relationship with our past, the way we define the ‘idea’ of ‘ancient India’ is of utmost importance. Though written in two different temporal contexts, the title of Upinder Singh’s collection of essays The Idea of Ancient India resonates with a similar title The Idea of India by Sunil Khilnani. In both cases the subject of critical interrogation is an entity called ‘India’ and, in the present case, ‘Ancient India’. Can there be an original or pristine idea of India/Ancient India? At first glance, both the titles unconsciously lead us on to think of an essential entity called India/Ancient India that was somehow timeless and unchanging.

Clearly, in the opening lines of her Introduction Singh does not envisage an ‘idea’ of ‘Ancient India’ in the singular, though she insists on the use of ‘Ancient India’ as opposed to ‘Early India’ since the former has an aesthetic appeal that the latter does not have. Even if not intended, the singular use of ‘idea’ and the solidity of a place in the distant past called ‘Ancient India’ tends to, in the common popular consciousness, accept such ‘givens’ as its spirituality, great religious traditions, magnificent heritage and culture, the grandeur of its arts, and other such essences that codified for us a particular idea about her brilliant past. It is well known that recent interpretations of Indian history have vehemently questioned this imagery but, have we really succeeded in changing the commonly understood perceptions about India’s ancient past?