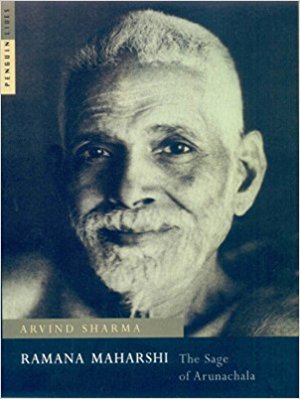 It draws substantially from the often read works of Brunton, Osborne and Godman, to create a collage of the very interesting and well loved life of Sri Ramana Maharashi of Tiruvannamalai. As someone who has been writing of Sri Ramana since 1995, I found in this book the work of a kindred spirit, someone who loves Ramana, and appropriates him for his own. Therefore, the reader will find that dialectic of objectivity and subjectivity, which makes the art of writing in the humanities what it  is in the 21st century. However, those of us writing about Ramana Maharshi find that there is a sense of the linearity of events, which are almost uniform in the telling. Since one is using the same materials, and all of these are conformist in the telling of linear history, there is a sense of the sameness of things! When I told one of the trustees at Ramanasramam, in 2001 that I too wanted to write a book, he laughed and said, ‘So much has been written, why waste time? Concentrate on your sadhana.’  Arvind Sharma, who is Birks Professor at McGill University in Montreal has used the method of focusing on key concepts, to escape the repetitiveness of telling a story.

Ramana Mahrshi is one of the most cereberal of sages, with a great sense of laughter. His friends and the community that grew around him, were devoted to his teachings. While he believed in the power of silence for those who were seekers, realization for him was a goal