Question Of Ethics In Indian Science 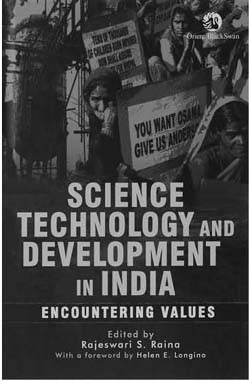 Science and technology are often understood as socially disembodied and outside the cultural domain of values, although this view has been criticized by scholars working in the field of Science, Technology and Society (STS) Studies since the 1970s, and the scholarly endeavours resonated well with the civil society critique of the epistemology of modern science and the moral universe S&T was embedded in. In more recent times, there is strong public scepticism on the scientific and technological advancements which generate a spectrum of environmental and socio-economic risks. The perception and negotiation of the risks created by science and technology and the development pathways informed by them are often linked to a conflict of moral values. However, this aspect of public engagement with S&T is seldom acknowledged in the Indian policy discourse. It is in this context that the volume under review demands our attention. It poses the question of values vis-à-vis science, technology and development in the Indian context and brings in a variety of perspectives on the same.