Purdah, Plus, Minus, and Status Quo 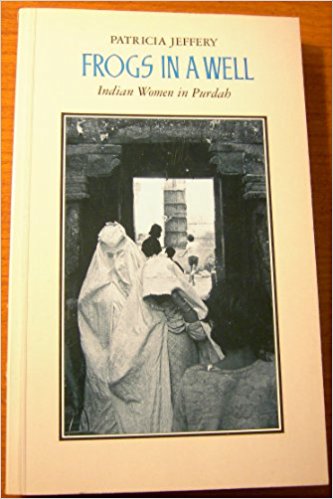 Engels said of Hegel that his ‘principles’ were revolutionary but the conclusions conservative. The inexorable spread of Marxism in the 20th century has resulted in a growing trend among bourgeois social sciences to combat it by turning its progressive principles against their revolutionary thrust. Bourgeois social scientists have found it increas­ingly difficult to deny the validity of dialectical materialism as an instrument for analysing various socio-historic formations. So, in order to buttress and safeguard existing social relations, they have not hesitated to vulgarize it by devious means. The most distinguishing characteristic of the book by Patricia Jeffery is that while the author’s argu­ments appear to be impeccably clothed in progressive garb, they nevertheless lead to comfortably conservative conclu­sions. Let us first discuss the provocative title of the book which is the literal transla­tion of a Hindi proverb Kue Ke Meyndak a phrase used by the Pirzada women­ the subject of the present study—to describe their life in purdah.