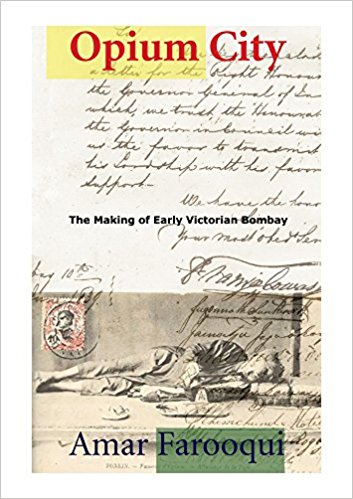 Amar Farooqui’s contention that it was early nineteenth century Bombay’s opium trade which was ‘the defining feature’ of its economic world and its business class, is a provocative statement that takes us straight into the heart of a controversy. Does Bombay really merit the title of ‘Opium City’? Was it really opium, as opposed to cotton or ‘white gold’, that led to Bombay’s growth as the leading port-town of western India? Shock value apart, is there enough evidence to corroborate the statement that ‘Modern Bombay, in a sense, has its genesis in (the) poppy fields of Bihar’, or that the ‘…destiny of Bombay as a great commercial and industrial centre was born of its becoming an accomplice in the drugging of countless Chinese with opium’? While we have to thank Farooqui for drawing our attention to the importance of opium, it does seem to be a case of bending the stick too far to the other side to straighten the record.