Love And Some Learning 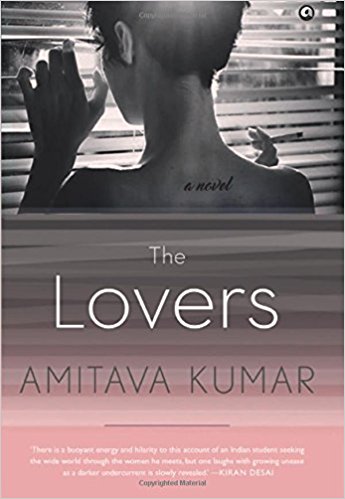 Amitava Kumar is a widely admired writer, chiefly for his non-fiction work like his A Matter of Rats, a book about Patna that is as insightful as it is witty. The Lovers is his second novel, set, not unsurprisingly mainly in a university on the east coast of the US but with vivid images of Ara, the town in Bihar where the protagonist, Kailash grew up. In a BBC interview not so long ago Hanif Qureishi said, a little lugubriously, ‘ Well, all novels are about love.’ Amitava Kumar has, by a happy coincidence, proved him to be true, at least as far as this second novel is concerned. The Lovers is the story of Kailash, who travels more or less directly from Ara in Bihar to a university in New York, meaning to take some sort of degree. The story he narrates which is, as Kailash imagines it, sometimes in the form of an address to a judge in the US who is white, ‘in a court for those accused of false pretences and indecent acts’, is primarily of his relationships with three women.